A Taste Of Android L With Nova Launcher 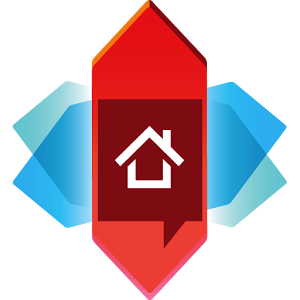 Launchers are one of the major components of Android, allowing you to launch your apps, create folders, add widgets and just overall customize the way your Android device works. We have covered Android launchers in DroidLessons before, in case you need a refresher, but basically they are a special app that defines how you launch your apps and set up your homescreen. However, they also control other aspects of the system, for example, animations on the homescreen and notification bar settings. Nova Launcher has always been one of the most popular third-party launchers, and with recent updates, it started adding a few of the visual features of Android L along the way. Come with us and take a look at the future of Android and Nova Launcher!

Like we said, Nova Launcher has always been one of the most recommended launchers for Android, in part due to the fact that it’s extremely customizable and feature-filled, but also because the performance is in a league of its own: memory usage is very conservative and it seems to actually be faster and more efficient than not only the rest of the competition, but even the stock Android launcher itself. So, it really did become the go-to recommendation along the way. And that’s why it’s refreshing to see Nova Launcher still being actively supported and expanded upon.

Recently, Nova started to incorporate some of the animations and features seen in Android L. For example, the latest version of Nova Launcher has the option to enable the app launch animation currently found in Android L, with minimal hassle. But that’s not all – there is an Android L inspired search bar and even folder functionality as well. All in all, the latest version of Nova Launcher is the easiest way of getting a preview of the upcoming visual style and flavor of Android L, short of owning a Nexus 5 or 7 with the developer preview installed.

To enable the new features, first download the Nova Launcher app, in case you don’t have it installed, or update it to the latest version in case you do. The app is available on the Play Store and you can get it, absolutely free, by clicking here. Once it’s installed, you will now have the option of setting it as the default launcher. Refer to the explanation shown here if you’re confused about this. Anyway, after installing it and setting it up to your taste, you can finally start enabling some of the new options. Long tap on an empty area of the screen and you’ll see this menu pop up: 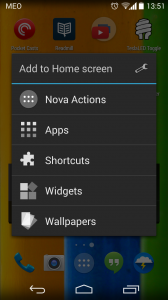 From there, click the wrench icon and you’ll be taken to the Nova Launcher settings: 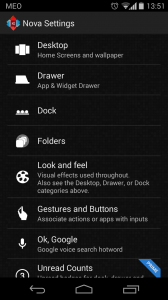 Then, you can start by enabling the app launch animation. Tap on “Look and Feel” and look for “App Animation”: 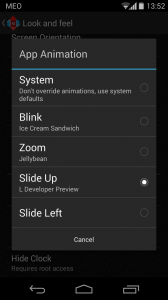 From there, pick “Slide Up”. Next, we will enable the new Search Bar. Go back to the main Nova Launcher settings, and pick “Desktop”:

Then, tap over “Persistent Search Bar” and from the menu that shows up, pick “L Preview”:

Lastly, you can make the folder behavior mimic that of Android L as well. Go to “Folders” from the Nova Launcher settings, and from there, under “Folder Preview”, pick “Line”: 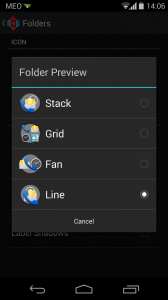 And there you go, your launcher just got a little taste of Android L! You can see the new animation, the new way folder icons stack and some of the new visual elements. Of course, there is nothing radical, as we’re still not using Android L itself, but it’s a nice change of pace from the usual, and now boring, visual elements of KitKat. Keep in mind also that Nova Launcher has a premium version, which offers a few extra features and effects, in case you’re interested. Any questions or doubts? Feel free to let us know using the comment section below! 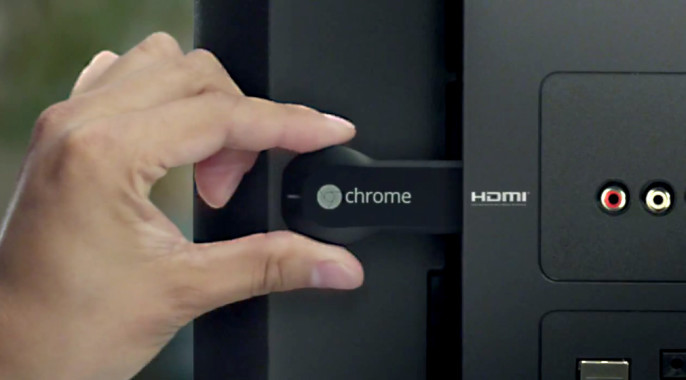 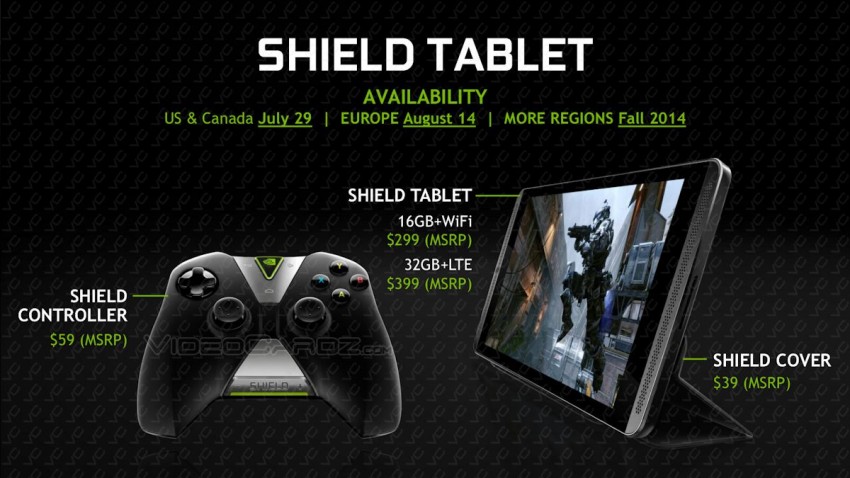