Chrome OS and the Chrome browser are some of the most important projects over at Google, but even though the Chrome browser managed to disrupt the market and take a big chunk out of Mozilla’s Firefox audience, Chrome OS has been reserved for more experimental and reserved audiences. The concept of the OS is not for everyone to begin with, seeing as having an online connection at all times is a very important requirement for getting full use out of it, but it makes for a very curious and efficient environment under the right conditions. The fact that Chromebooks have also managed to become fairly popular is another of the catalysts for Chrome OS, seeing as they market themselves on very sleek, very portable and very cheap machines available at most retailers. And now, Chrome OS is about to get another goodie, as Google has announced that it’s bringing native support for Android apps to be run natively on Chrome OS.

This was an idea that had been thrown around and hinted at many times before, seeing as it was always theoretically possible to implement, due to the way Android app development and runtime work. All Google needed to do was to create a new library and compatible runtime for running these apps on a desktop environment, and everything should mostly work out of the gate. Now, Google has done just that, finally opening the way for Android apps to run very easily on Chrome OS as well. However, Google is being cautious about this whole thing: at the moment, only a handful of approved apps actually are supported. These apps include fan-favorites like Duolingo, Vine and Evernote. This is still at an experimental stage, and Google admits to opening up the program to most developers soon. For now, if you have a Chrome OS device, you can already find these apps in the Chrome Web Store and install them for free.

This is a very big step forward, and could end up adding a lot of usefulness to Chrome OS, especially for working offline and for games. It’s a very obvious move, and one that could perhaps have been done sooner, but it pleases both users and developers: users, because they will now have access to tons of new apps, games and tools that were previously not available, and developers because they now get to target a whole new platform with a starving userbase that has no real alternative but to use their apps. It ends up being a big win for Google as well, since it makes Chrome OS a more mature and viable alternative to traditional OS platforms like OSX and Windows. This move lends a lot of credibility to the platform as a whole, and it does it in a very transparent way across the whole OS. It’s nice to see that Google is cautiously moving forward with this idea, by only adding support to a few select apps and developers, but this decision seems like a no-brainer that benefits everyone in the end. Perhaps with this attitude, Google is attempting to police and curate the Chrome Web Store beforehand, seeing as that is still an issue on the Play Store and poor quality apps are still a reality on Android.

Interestingly, some users have already figured out how to get around Google’s restriction to port and use their own apps by using a modified runtime through an extension. Basically, it allows you to convert and then use any current Android app you want in Chrome and Chrome OS. Some things don’t quite work, seeing as these apps were not developed with this purpose in mind (for example, most apps have broken or poorly supported mouse and keyboard input), but it’s a good proof-of-concept and it shows that this is a mature platform with a lot of work going on behind the scenes. If you’re feeling adventurous, you can read more about this process and how to do it yourself over at https://github.com/vladikoff/chromeos-apk/blob/master/archon.md 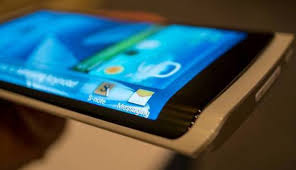