Google has just announced its plans for “Android Wear”. No, it’s not a new brand of Android-themed clothing, but rather a new Android based OS aimed specifically at wearable hardware, namely smartwatches and companion devices. While smartwatches are not exactly a new thing, with companies like Samsung already having a couple of iterations of their own Samsung Gear smartwatches, and a number of Kickstarter projects investing in this sort of tech as well, it’s the first time that Google announces its plans for this type of hardware, showcases their ideas, and where they want to lead the platform into the future. So, come with us as we take a look at what exactly this will mean for your watches and smartphones in the future.

Looking at the trailer, we can see that Android Wear doesn’t feel or look very different from regular Android itself. While the design is very clearly Google Now inspired, with a cards interface, featuring similar icons, design elements and arrangements, it’s been adapted to fit the display constraints of the smartwatch format. Something interesting is the fact that the showcased devices seem to feature always-listening mode, something that we have seen before in devices like the Moto X, but that have not been featured in other devices due to patent issues and licensing costs, despite hardware support. It will be interesting to see how Google got around this, and what the final product will end up featuring, as the marketing materials all mention interacting with the device using the “OK Google” command but not specifying if it works without waking up the watch first.

Apart from voice control, the trailer also features touchscreen interaction, allowing the user to swipe and move elements around. Navigation seems confusing watching from afar, with users apparently swiping left and right, or up and down seemingly at random, but it remains to be seen how it will work in the final version. For now, it’s clear that this type of devices are not meant to replace smartphones or tablets, since anything requiring a big display or complex navigation seems to be impractical on a device with such limited dimensions. Instead, they are meant to be companion devices paired to your smartphone, allowing you to see and reply to received messages or emails, Google Now information like the weather, stocks or game results, controlling your music, searching items and locations, and so on, all on your wrist. Also featured were a pedometer and calorie counter, motions and gestures for activating commands, and controlling doors or appliances with voice commands. You can see more details in the video below and in the Android Wear Developer Preview website by clicking here.

While at this point no specific official hardware platform has been announced for Google Wear, it’s very likely that Google will announce something at this year’s I/O, at the end of June, and possibly retail a Nexus smartwatch for consumer and developer purposes, much like their Nexus line of smartphones. For now though, we already have a few candidates openly working and collaborating with Google in this endeavor and bringing their own designs and ideas to the table. Motorola is taking the initiative and announced their own device in tandem with Android Wear, the Moto 360, a new smartwatch with a unique styling and design that should be available for purchase in the Summer. 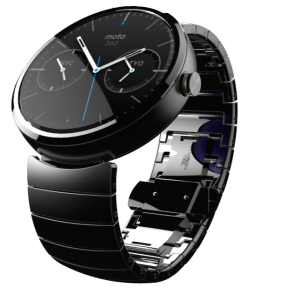 While past smartwatch designs featured  a squared, industrial look to complement the square display, the Moto 360 instead bets on a traditional and reserved circular design, featuring a circled display that makes it look just like a traditional analog watch. It seems to be very elegant, and it’s nice to see the first big device featuring this new OS bringing something unique to the table. The materials vary from a plastic/cloth wristband to a metallic wristband showcased at the end of the official page. If this means that there will be multiple models, or simply that the wristband is user-replaceable, we don’t know yet, although it would play exactly into what Motorola has tried to do with their Moto Maker customization system. You can see more details in the gallery below, or by heading over to the official website by clicking here. What do you think about Android Wear and the Moto watch? Feel free to let us know in the comment section below! 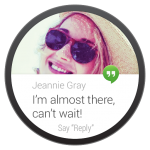 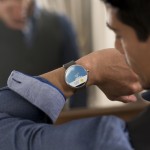 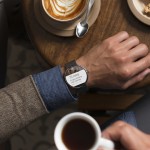 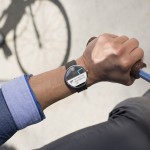 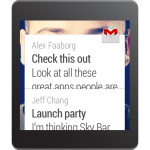 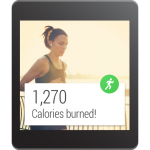 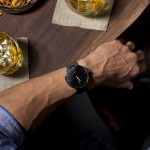 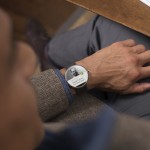 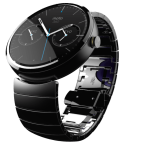 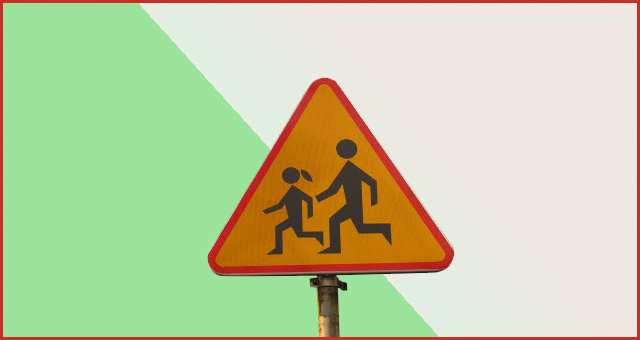 Previous post Droid for Parents: Kids Place Lets Your Children Only Use What You Want Them To 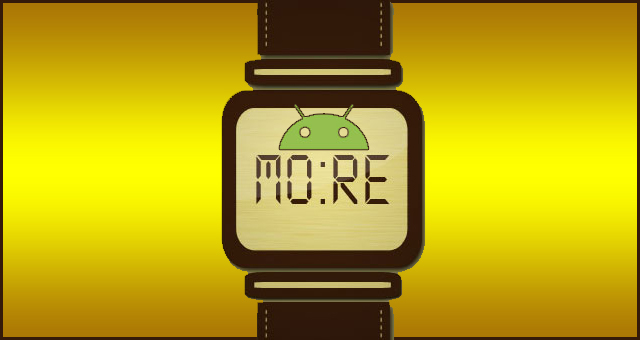 Next post Control the Time Your Child Uses His Android Device