One of the most praised aspects of Android has always been the possibility of fiddling with almost every aspect of your device out of the box. From the earliest of times, there was already an eager and anxious community going to town on their own smartphone and tablet devices.  Modding Android into something they wished to see and making their own software for their devices, which they shared and distributed in the form of device-specific ROMs. These days, however, it seems like the spotlight when it comes to Android modifications is less and less on ROMs and more on Xposed. Xposed is a mod framework for Android that requires very little effort to install and works pretty much the same across devices. Although it may have issues with some manufacturer skins like Samsung’s TouchWiz, so your mileage may vary!

Like we said, Xposed is a framework. This means that it allows system-level modifications to be made by directly altering the memory of the device and not having to actually alter any of the underlying files. However, being only the framework, it doesn’t provide anything but the support or foundation. You need to pair it up with Xposed modules, which anyone can make and that use the framework to do specific modifications to the system. These include a bunch of mods which you’d previously only find in custom ROMs, like changing your battery indicator, inserting custom tiles into your Quick Settings, volume key text cursor control, and much more. There are modules to enable all sorts of functionalities on your device, So, if you’re interested, first of all we need to install it.

For installing Xposed, first of all, you’ll need a rooted device. There is no way around this. As you should know if you read our tutorial on the subject, rooting is very much a device-specific thing, so you should either already have a rooted device or look up how to root your specific model if you’re interested in getting Xposed to work. The good news is that, once your device is rooted, the hardest part is already done. I will advise you, first of all, to do a full backup of your device before you install Xposed, though. Messing with things like these is always dangerous, and although Xposed should not do anything extreme like hard brick your device, it can easily cause a bootloop, so it’s a good idea to have a backup to return to. Backups are typically done through a custom recovery, which should go hand in hand with rooting your device, so once again search for instructions for your particular model or device or find an alternative. Once you’re sure that you’ve taken the right precautions, you should be good to go for installing Xposed. Installing Xposed is as simple as downloading the installer from the Xposed website and open the app once installed. From there, you’ll see this screen: 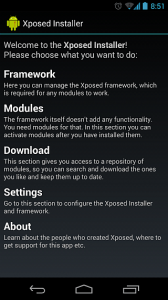 Select the “Framework” option, and you should then see the following screen:

Just select the “Install/Update” option and the app should let you know when it’s all done. From there, go back and select some modules you want by selecting the “Download” option on the main menu. Be sure to read the descriptions correctly, and choose something good for you. I would advise you to browse the module section on the Xposed website as well, since some of the modules have specific incompatibilities with devices or skins, like GravityBox, one of the most popular modules around. Just select those you want to download out of the list, and once you download them, you should be able to activate them out of the “Modules” menu. Toggle the desired modules from there, and then just reboot your device. Once it reboots, you should see it in action, with the settings for the particular modules appearing as an icon in your app drawer, just like a regular app. To customize the module, just find it in the app drawer and tap on it, and you should be able to modify it from there:

And that’s about it. Believe it or not, that’s all it takes. You’re now an Xposed user, and modding your device is as easy as picking your choice out of a list and changing a few toggles around. It’s a good thing to have, and it’s really a great thing to use if for some reason unlocking your device means voiding your warranty or requires risky action. This way, you can have the best of both worlds, without having to install a custom ROM to get a specific tweak you enjoy. This sort of decentralized modding is becoming the next big thing on Android, and while custom ROMs aren’t going away any time soon, seeing as for some it’s still the only way to get the latest version of Android on their device, it’s a great alternative if all you want is to enhance your current ROM. It’s also super easy to disable, requiring a single trip to the installer and a reboot to get things back to normal. 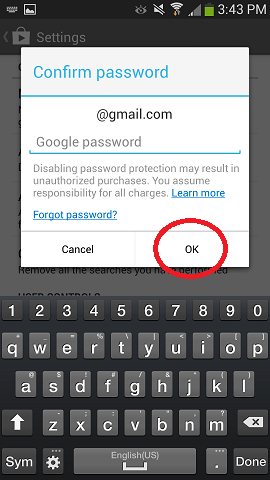 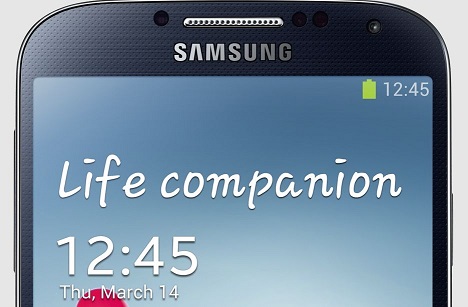