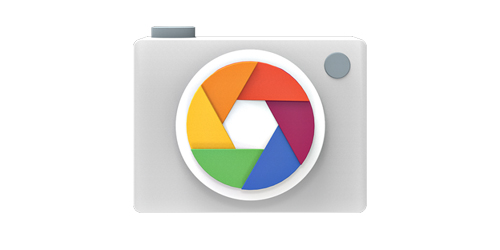 Following the latest promises and moves to make Android more modular and easy to update over the Play Store, Google seems to be living up to the expectations of the users. Following the inclusion of components like the Keyboard, Hangouts, Drive, Keep and so on on the Play Store, Google now finally steps up its game and attempts to fix the camera problem once and for all. The newly released Google Camera app on the Play Store is now available for all to install, and it’s another important component made easy to update without having to switch Android versions. But is it any good, and what does it bring to the table? Let’s find out!

Google Camera is actually a very competent foray by Google into the camera app market. Google has claimed over and over again how image and photography were going to be a huge focus of Android going forward, but up until now there were no clear signs of that and, if anything, things seemed to be going bad: the stock Camera app was merely serviceable, features were made exclusive to Nexus models and the Nexus devices themselves either shipped with poor camera or had other firmware related issues that made them pretty bad compared to the competition. Well, the release of this app is one of the many efforts to fix some of these issues and try to make Android less fragmented by bringing everyone up to date with the same core apps. You can download the app by clicking this link and getting it directly on the Play Store.

The app is definitely an improvement over the previous Camera app, offering a reworked UI, better navigation and user experience, and just plain performing better. Once you open the app, the first thing you’ll see is a distinct lack of icons, compared to before:

All you’ll see is a big camera icon serving as the shutter this time around, and a small three dotted icon that you can tap to access some quick settings: change to frontal camera, enable/disable flash, HDR and activate/deactivate grid. 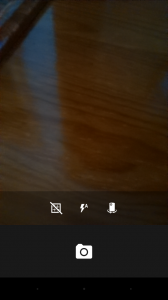 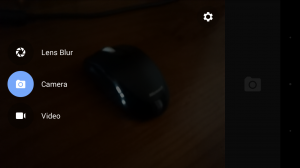 You can also see a little cog icon that appears on the top right of the screen. Tapping on it takes you to the settings: 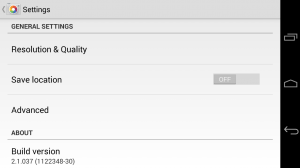 Under the Settings, you can enable Manual Exposure by going into “Advanced”. Once you enable it, you’ll see a new exposure icon when you press the three dot icon: 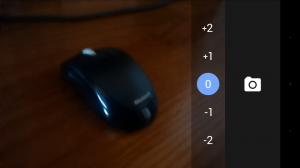 While in Camera mode, you can also tap anywhere on the screen to manually focus. The flash and focus will adjust to the best settings for a short while to focus on the selected area, and you can take a picture then. Another cool feature this app implements from the get-go is the ability to take pictures using the volume buttons. All it takes is a press and the app will focus and do the rest. One you take a picture, you can swipe from the right to see your latest captures.

The Video mode does what you expect, allowing you to easily capture video clips from your camera. The functions and mode of operation are pretty much the same as the Camera mode, and there are no significant options or settings worth mentioning. One thing that’s worth of a mention, though, is how a big animation prompting you to rotate the phone will appear before you attempt to capture a vertical video. Remember, no one likes those. Once you do start filming, the animation goes away, but it’s a good reminder that you’re doing it wrong. 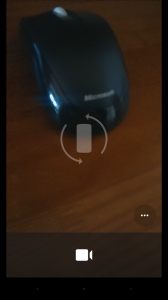 The Lens Blur mode is a new addition, though. This mode allows you to take very cool pictures with focused objects and unfocused backgrounds. Just press the shutter and follow the on-screen instructions: 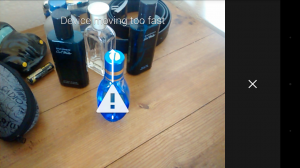 Raise your device slowly and keep the object in frame. It will only take a few seconds at most and once you’re done, the app will let you know. You can then swipe from the right to see a preview. 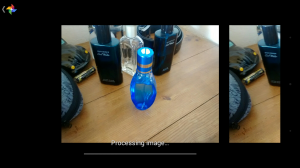 It takes a while to generate a final image, but you can check the progress bar to see how much time is left. Once it’s all done, you should get an effect similar to this: 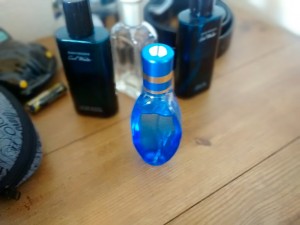 If you’re not happy with the final result, you can edit the blur effect from the app itself. Just swipe from the right and press the icon: 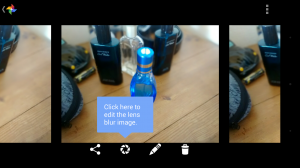 That should take you to a screen where you can set the focus point manually and adjust the effect’s intensity through a slider as well: 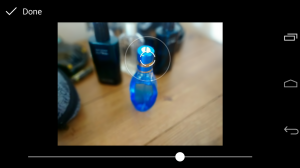 And that’s about it for Google Camera. I’m very glad to see Google finally doing something about photography with Android, doubling down on their effort to make it a viable alternative to the OEM options and delivering on the effort to keep the core elements of Android updated for everyone. It’s also nice to see the first version already bringing all this new stuff to the table, such as the new Lens Blur mode, and for an initial release, it’s actually quite impressive. There are a few kinks, especially with some features and modes not appearing for some devices, but hopefully they are fixed in the future. Stay tuned for more Android photography news in the future!

Previous post How to Install Flash Player on Android 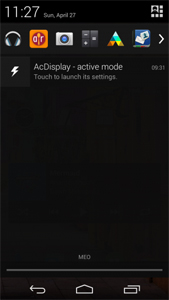 Next post How To Launch Apps From The Notification Bar