Google I/O 2014 has wrapped up, and left us with a bunch of news and upcoming releases for the Android platform and Google Services. Despite being filled with new info and demonstrations, one of the major news was the announcement of a brand new version of Android, tentatively titled Android L with no codename or version number given, that is poised to be the biggest and most important update to the Android platform ever, and released as a developer preview for the Nexus 5 and Nexus 7 (2013) so developers can get ready. The keynote itself went through only a few of the reasons why Android L is so important, and a lot of the info was then showed off in later talks, but there’s so much to go through that it becomes hard to narrow it down to just a few elements. What’s so special about this new Android release, though? Let’s take a look and find out!

With this new version of Android, Google is finally taking app and OS design seriously, with a major focus on consistency and user feedback at a core level, a brand new look, and a visual framework for app developers to work with. Material design is all about animation and reusing visual elements to make the platform have a more consistent design and make third party apps feel like part of the OS by using those very same elements. Of course, in this case, images are worth a thousand words, so take a peek at the Material design demos below to see how it looks like, how it feels, and what direction is Android going towards:

Material Design is expected to stretch to every element of the OS and completely replace Holo as the go-to UI for developers, and Google itself, with Material Design elements and animations being used in their native apps, websites and services. Google has made available a complete set of icons, animations, transitions and UI specifications for developers to implement across their apps and you should see any apps taking advantage of it looking more at home in the device and reacting better to user input with minimal effort.

ART as the Default Runtime

ART was one of the big changes that KitKat brought us, consisting of an alternative runtime to Dalvik, used since the first release of Android, that promised to offer better performance and scalability compared to the aging Dalvik. Well, with the new Android L release, Google is not only making ART the default Runtime, it’s actually scrapping Dalvik altogether! This makes a clean break with one of the oldest and more significant components of Android, and it’s a meaningful change that signs off such a big release. In addition, ART has suffered major improvements since the KitKat release, offering better compatibility, even more speed improvements, and focusing more and more on performance and memory usage. In case you’re interested in ART or want to find out what all of this technical stuff actually means, you can read our impressions on ART back from the KitKat reveal. 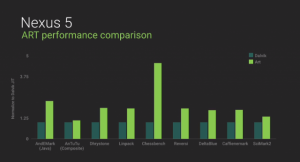 Google has already made us expect a big new internal “project” with each major version of the Android OS. This L release is no exception, and it targets something we all have been clamoring for in Android: better battery life. Volta is all about saving power and offering better battery tracking to both users and developers, and consists of not only behind-the-scenes improvements to the battery framework, but actually offers brand new APIs that aim to make wakelocks a thing of the past. Android will now offer developers the tools to delay their requests until the user is charging the device, specify priorities and requirements for waking up the device and bundle wakelocks together so they can be done all at once in a smart way instead of over and over again. This is a very powerful feature that will bring huge improvements to battery life once developers work on their apps, basically making your phone consume less energy and remain in deep sleep much longer. Also new is a built-in battery saver mode that Google promises will allow you to squeeze hours of battery life out of your device once you enable it, by disabling most animations and transitions and locking your CPU and GPU to low, battery friendly frequencies and behavior. 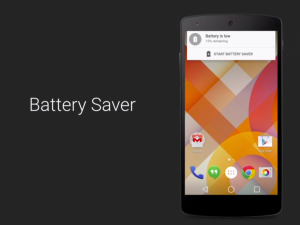 This new release also changes a lot about the way Android used to work in previous versions, with some minor and major improvements to the way the user does things. One of these major changes is the ability for the lockscreen to show all your notifications at a glance and without requiring you to unlock your device or pull up the notification bar. Now, when you wake up your phone, all your notifications will be there, sorted by importance and only showing you the content you allow (for example, depending on your privacy settings, your Messaging app will show you got a message but will not show the content until you unlock your phone). All of this is controllable through new APIs that allow developers to define how private their notifications should be and if it’s okay to show them. 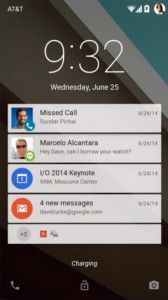 Not only that, there are also major changes to the way notifications and quick settings show up once your device is unlocked. Besides the obvious visual changes, which you can see below, you should also take notice at how everything is now on a single screen, without requiring you to toggle to a different page to show the Quick Settings. Just swipe down and you’ll see your notifications and toggles in the same place. 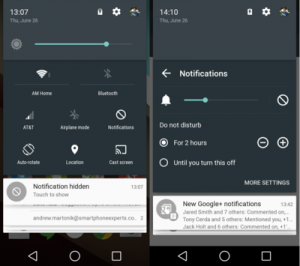 Long rumored, finally shown, Google is doubling down on wearables and integrating Android into your living room (Android TV), car (Android Auto) and watch (Android Wear). There will be a major focus on companion devices with Android L, for one, with smartwatches, automatically detecting if you are wearing one, syncing notifications and events between phone and watch, automatically installing watch apps depending on what apps your phone has, allowing you to unlock your phone automatically when wearing it and much more. There is a deep link shown between these devices and your phone, and Google is making a huge push to integrate these devices in a way that makes sense with Google Wear, all while maintaining the same visual elements and behavior across devices. 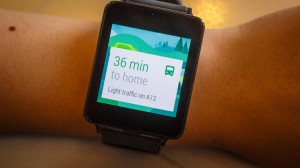 Besides smartwatches, Google also demoed their automobile-focused version of Android. Android Auto uses a basic interface that focuses on showing your notifications, playing music, showing maps and little else so you can focus on your driving. It’s all done very elegantly, and the car apps are as full-featured as their smartphone counterparts if necessary. One thing that it does differently is that it also allows you to navigate and interact with Android using the native car controls and toggles instead of a touch interface only. Developers are welcome to bring their apps into the Auto interface, and all Android Auto requires is for you to connect your phone to your car (of course, as long as your car supports it). Your phone will override your car’s main screen and show you Android Auto instead of the usual navigation system. Overall, a very cool and simple way to prevent you from using your phone while driving while still offering you all the features and media your expect. 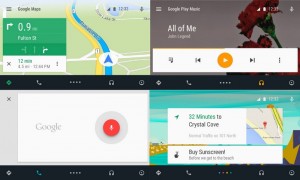 Android TV, which we showed before, is a version of Android with an interface specifically tailored to TVs, offering app support, games, media suggestions and integration with Chromecast and your phone. It all looks beautiful and filled with features, the platform is open for developers to bring their apps over, and the interface is functional and TV-tailored while still not looking too much out of place with the regular Android interface. Android TV will be available from a set-up box as well as from built-in smart TV systems, and will replace current Google TV offerings. It will feature voice controls and game controller compatibility, and support native streaming from all your devices. Both Sony and Phillips already pledged that their upcoming new models will offer full support for Android TV, so it seems like Google really wants this to take off and find more success than Google TV. 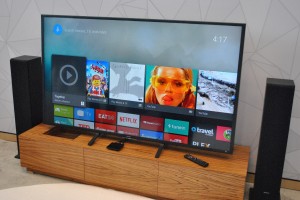 So yeah, all and all, this really is the biggest version of Android yet. The sheer amount of new features, visual changes and improvements make this, in all honesty, as much of a departure as going from Android 2.3 to 4.0. It’s a set of radical changes that make this upcoming version feel like a complete rebuild, rather than an enhancement, of Android. It’s nice to see Google focused on performance improvements version after version, never settling for less and always introducing new features along the way. The introduction of Material Design system-wide also makes me super excited, since lack of consistency is one of the major areas where Android has always lagged behind the competition. Seeing that finally addressed, and in such an elegant and simple way, makes me very happy. But enough about me, what did you think about the unveil of Android L? Feel free to let us know using the comment section below! 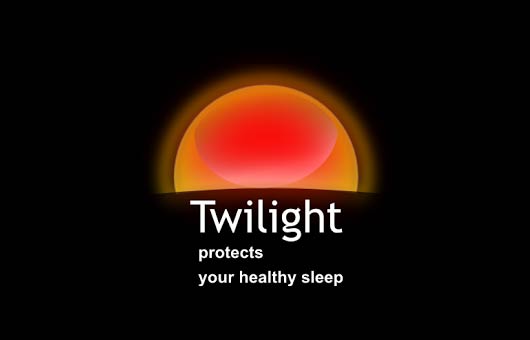 Previous post Filter Your Screen At Night With Twilight