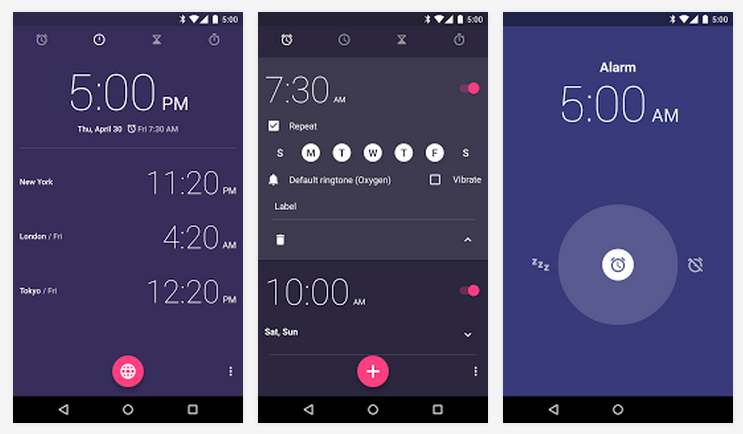 In recent times, Google has gone out of its way to make Android more modular and accessible for everyone. Although the nightmare of software updates on Android is still mostly the same, the fact is that Google has been making more and more of its apps that were previously bundled with the OS accessible to everyone through the Play Store. The official Clock app is the latest one to change to this format, and is now able to be downloaded by simply searching for it on the Play Store. Today, we’ll be taking a quick look at the app and speculating about the benefits of this practice by Google.

As we said, the app is now available on the Play Store for anyone to download, and you can get it for yourself by simply clicking this link. The app itself is remarkably modern, being definitely inspired by the latest Material Design patterns with bold animations and colors everywhere. Of course, it’s a simple clock app, so it’s not like it’s going to change the world, but it still has a lot of features that most of the competing apps don’t have. 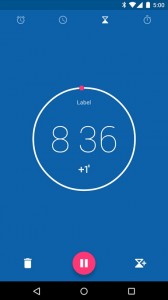 It’s immediately obvious when you open the app that the design is on point, being a Google product. The app has four main tabs, each for a different sort of functionality, and there is a little animation on each one that makes the app pop out. Among the included features you can find alarms, a timer, a lap tracker, a world clock and a stopwatch. Everything seems to work well, although some users seem to have issues at this time with alarms while in battery saver mode on some devices, so watch out. 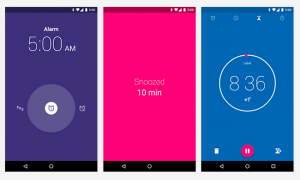 The presentation is nice, and it includes everything you may ever need in regards to time tracking in a single app. But even more meaningful than the features of the app itself is what this means for Android. It may seem like a symbolic gesture, placing the official Clock app on the Play Store, but it means something big for Google and Android updates. For one, it means that now everyone gets access to core system apps by simply looking them up in the Play Store. So, now they are available for any device, while previously they would be exclusive to Nexus or stock firmware devices. 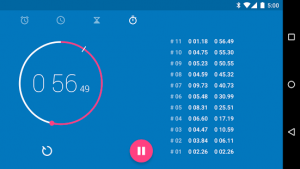 But the biggest advantage is that updating that app no longer requires a system update, since the update comes straight from the Play Store itself. We all know that the update model for Android devices is broken, and compared to iOS, it’s a joke. Users have to beg and plead for a system update with companies, and even when promised, updates are sometimes cancelled or postponed for months on end. And that’s what this latest trend by Google is trying to alleviate: by offering updates to the core apps themselves directly instead of through a software update, users get the latest version of the apps whenever they want them. And for some, this will be a nice compromise. 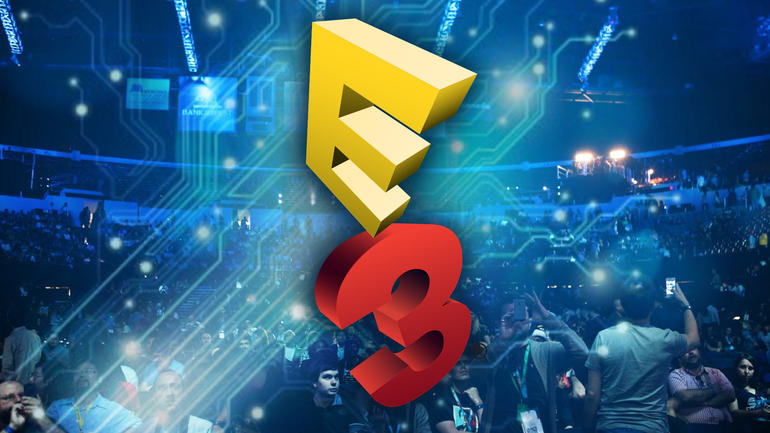