How to Easily Transfer Files via USB on Samsung Galaxy S4 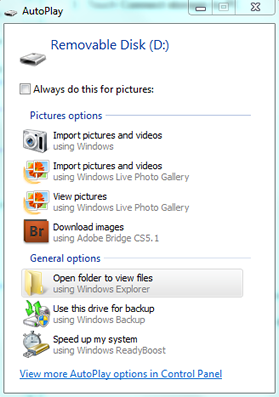 In this post we’ll show you how to make USB transfers faster and more direct between your Samsung Galaxy S4 smartphone and your computer. You’ll be gaining direct access to your SD card and bypassing the built-in MTP protocol entirely. While using this tweak, you will no longer be able to access you phone’s internal storage through the computer (instead, your computer will only be able to see your SD card’s contents), but it can very easily be toggled on or off depending on what you need, so don’t worry. This tweak also requires root, as per Android tradition with anything that changes things around too much, so please keep that in mind! If you still find this tweak useful, read ahead to find out how to enable it and get faster and easier file transfers between your phone and computer. 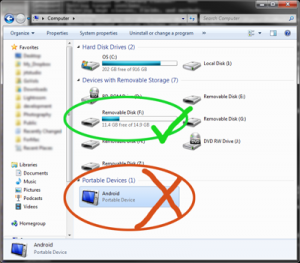 Newer devices and more recent versions of Android have made an effort to phase out the aging Mass Storage USB protocol and replace it with MTP, a USB transfer protocol that is supposed to offer more features and flexibility. There are reasons for this, but most if not all of them are irrelevant to the user and offer no real advantage. In fact, MTP is known as being significantly slower than Mass Storage and having much worse device support. You are already familiar with Mass Storage if you have ever used a pen/flash drive on your computer, as it’s exactly the same thing. With it, your computer will see the SD card on your phone as just another pen drive and allow you to easily modify and transfer files through it.

Thankfully, you can now enable Mass Storage Mode in the Galaxy S4 with one easy app. The app in question can be downloaded here, completely free of charge. Make sure the model of your device is included in the app’s description as well, as some models may not be as well supported as others, even though the app should work either way. Anyway, after installing the app, open it up, and you should see the following screen: 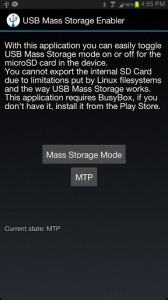 Like the description says, you’ll need BusyBox to use it. If you’re using a custom ROM or are already rooted, chances are that you already have BusyBox in one way or another, so you can proceed and try to enable Mass Storage Mode right away by pressing the button and see if it works (the app should let you know). If it doesn’t work and you still need BusyBox, you can download it, free of charge, through this link. After that, press the “Mass Storage Mode” button and the “Current state” text at the bottom of the app should change to reflect the new protocol. You can also press the menu button to see some extra options, like enabling or disabling in-app ads and forcing the SD card to mount/unmount, but these will be of no use to us. After that, just connect your USB cable from your phone to your computer and you should see that your computer now sees your phone just like a USB drive and allows you to easily browse and transfer files around, like so: 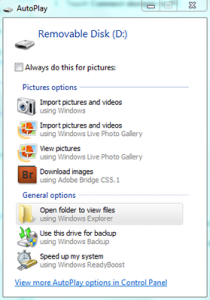 It’s kind of baffling that Android and Android device makers have been dropping Mass Storage support when it’s by far the most supported and fastest USB transfer protocol around, but at least now you can see what you’re missing with this app, and easily switch between the two. MTP also has its advantages (namely, having access to the internal storage), but it’s so slow and buggy that most of the time just ends up being frustrating to use, especially when such an easy and superior alternative already exists if all you want is to transfer files around. Have any doubts or questions? Let us know in the comment section below!

Filed under: How To's and Tagged: how-to, Samsung Galaxy S4 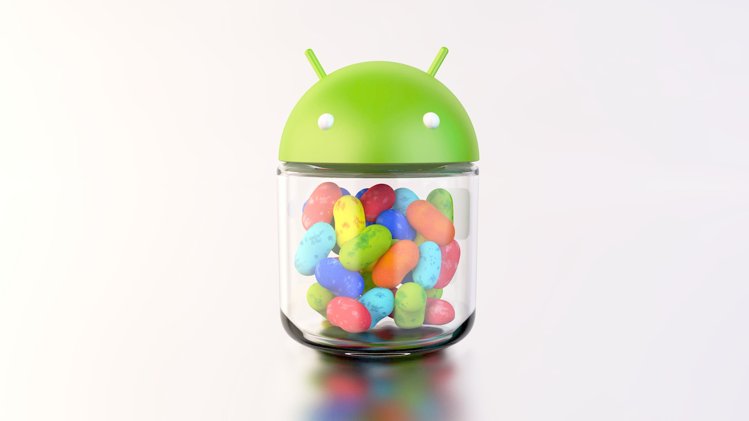 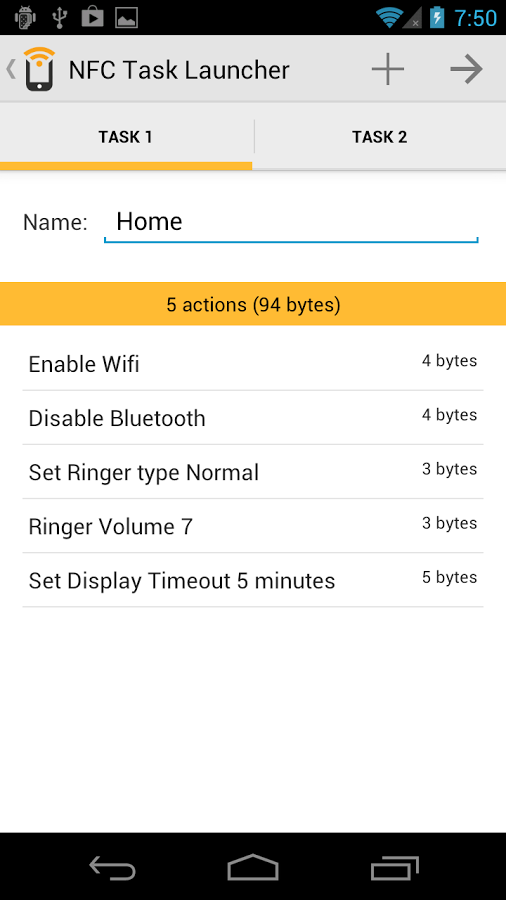 Next post How to Use NFC Tags on Android