How To Enable Privacy For Your Screen On Android 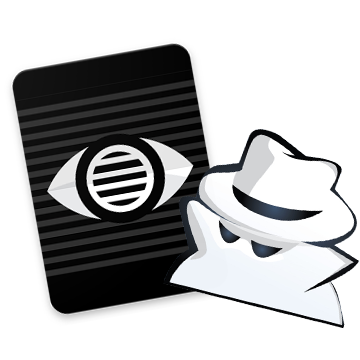 Our Android devices are now more portable than ever, which means that using them while out in public is more and more common. However, this raises a privacy concern, as random people on the subway or out on the street, for example, are able to see what you’re doing on your phone, and this could be as simple as a personal text, or something as important as your banking password. While in the past, with smaller, lower quality displays, you could probably get away with simply turning the device slightly or lowering the screen, nowadays, with 5″+ displays becoming the norm, it’s becoming harder and harder to shield what you’re doing on your phone from random people while out in public. Today, we’re showing you a simple and easy solution for this issue that lets you protect your screen from curious eyes without getting in your way.

As we mentioned, the objective is to prevent the people around you, as you use your phone, from seeing the information you’re entering, or from seeing what you’re doing on the device. The solution, it turns out, is pretty obvious – simply obscure the parts of the screen that contain sensitive information. That’s exactly what today’s app, Privacy Screen, allows you to do with a simple toggle. You can get Privacy Screen for your device by using this Play Story link. Once it finishes installing, the app will give a short description about how it works: 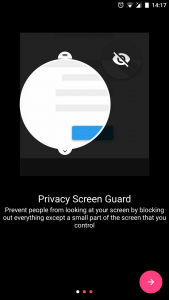 After the intro, you’ll be asked to give the necessary permissions, and then you should be good to go. Basically, the app places a privacy layout over what is on the screen, obscuring it enough so that third-parties won’t be able to read it at a glance. It looks something like this in action: 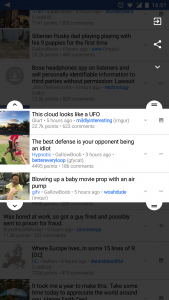 The layout basically makes it so that the obscured areas are too dark to read unless you’re looking straight on. It works particularly well on text, since the darkened areas are now less contrasted and the text becomes unreadable at a distance: 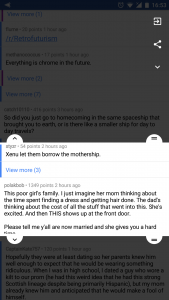 Of course, you can still operate and interact with the darkened areas, and the app allows you to make the visible area as big as you want it to be by using the arrows and controls at the edges of the layout:

The app also allows you to move the layout around freely. You can use it during a conversation to cover everything but the keyboard, for example:

The icons on the top right side allow you to customize the layout, including options to customize how dark it should be: 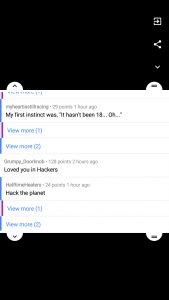 And also a toggle for a circular layout option, if you’d like: 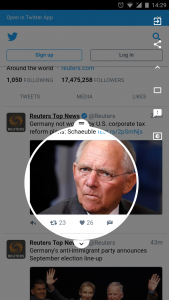 The top icon allows you to disable the layout immediately, which you can then turn back on by tapping the respective notification: 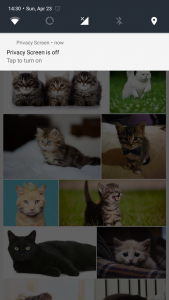 Overall, this is a pretty smart fix for a common problem that a lot of us have, and it makes browsing the web and chatting in public much more private and secure. Since the app allows you to quickly enable and disable it, it stays out of your way as much as you want. In addition, even when it’s active, you can still use the device as you normally would, which makes it an hassle-free solution that won’t interfere with how you want to use your device. Any questions or doubts? Feel free to let us know in the comment section below!

Previous post How To Protect Your Android Phone From Thieves 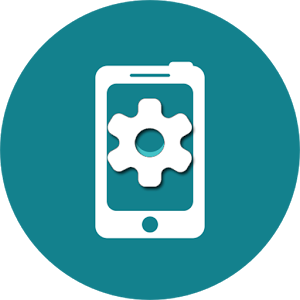 Next post How To Get Your Android Device's Information