How To Make An App For Your Favorite Website (No Programming Required!)

Have you ever wanted an app for a website or service you use all the time, but there just isn’t one? Or, there actually is an app, but it happens to be slow or crash all the time, and you don’t like using it? Well, you’re in luck, because today we’ll show you an incredibly easy way to make a simple app for your favorite website or service, and the best part is that it doesn’t require any programming knowledge – all you need is an app and a few taps!

As we mentioned, besides the ability to make an app for the websites you like to visit, there’s another advantage to be had. A ton of apps for popular services, like Twitter or Facebook, seem to be increasingly unpopular, by randomly crashing, restarting themselves out of the blue, or straight-up not working. What we’re about to show you is a great alternative to those. So, let’s get to it – start by downloading the app we’ll be using today, Hermit, by using this Play Store link. Download and install the app, and once it’s done, open it and you should see this screen: 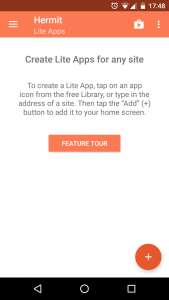 As you can see, the app boots you straight to the main interface, but it’s actually a good idea to take the tour in order to understand what it does, so you might want to take a look: 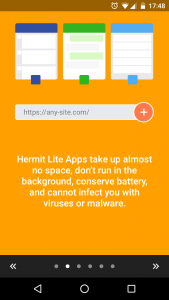 Once you’re done, you might understand the concept a little bit more – the way it works is actually simple, but it solves a problem that most of us have had at some point. Hermit allows you to create a customized app for any of your favorite websites or services by basically wrapping the mobile version of the website into its own app that you can use at any time. It may sound complicated, but the concept is really simple, and you can pick any of the example “lite apps” on the main page to see it in action. For example, let’s go with reddit: 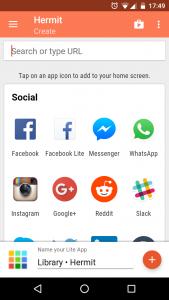 As you can see, when you tap it from the list, Hermit shows you the mobile interface of reddit, that is, what you see when you open reddit in your browser: 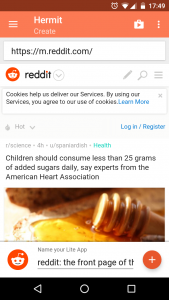 However, by pressing the “+” button at the bottom, Hermit allows you to make an app that shows you that mobile interface directly, without having to use a browser or launch it manually: 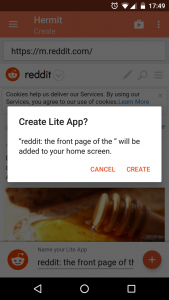 Hermit will package the webpage into an individual app and add a shortcut for it on your homescreen (along with the name you picked), and when you open it, you’ll basically have an app just for that website: 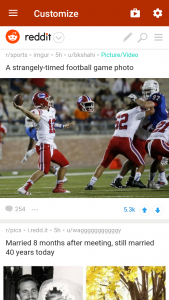 Because all it is doing is showing you this particular website, it’s incredibly light and runs wonderfully – and unlike a browser, you’ll never have to juggle tabs around. Not only that, but you get a bunch of neat options, like the ability to run in fullscreen or disable popups: 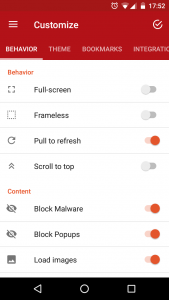 However, Hermit doesn’t just allow you to pick from the list – you can enter your own websites and make an app for them. For example, let’s say I wanted to make an app just for Droid Lessons. All I have to do is google it on the search bar at the top: 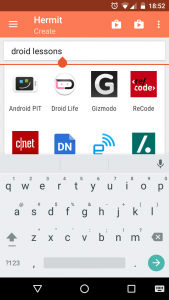 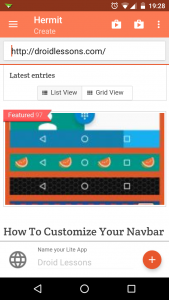 Once I do that, a brand new “Droid Lessons” icon will be added to my homescreen, and I just have to tap it to go to the website directly:

Doing it this way is way more convenient that having to fire up a browser, and it comes with a bunch of extra features like being able to customize how the app looks: 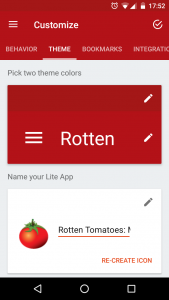 Or even enabling notifications for when new posts are made: 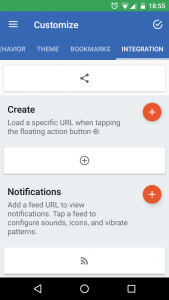 Basically, it acts just like a real app, is lower on resources and battery compared to doing it on your browser, lets you customize everything about it, and best of all, once you leave the app, you don’t have to worry about it hanging around in the background using battery, which makes Hermit especially great for making an app for websites or services that you use all the time. Even the built-in example apps, like Facebook or Instagram, work wonderfully and are much lighter compared to the official apps. Any questions or doubts? Feel free to let us know in the comment section below!

Previous post How To Manage And Accelerate Your Downloads on Android 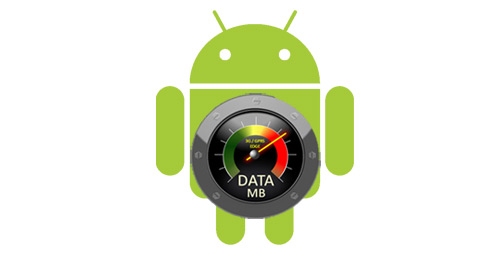