How to Move Android Apps to the SD Card 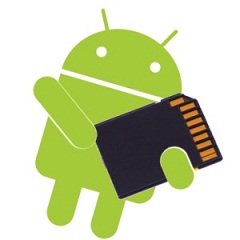 If you’ve ever seen your device complain that it is out of memory, especially when trying to install a new app, don’t feel too bad: we’ve all been there. Android has a way to install apps and manage available space that has it’s quirks, and unfortunately for us we have to work around them. New devices are a little bit better at this, by having the partition to install apps and general storage in the same partition, but even then once in a while it may happen that a app refuses to install even though you have plenty of space left.

This tip will hopefully help you fix this issue. Unfortunately, you can’t really add more internal storage to your device and fix this, but you can move some apps and their data out of the internal storage to your SD card, for example! The good news is that if you’re using Android past 2.3, you already have a pretty handy built-in solution to fix this, and Android does it pretty well. Here’s how to work with it: 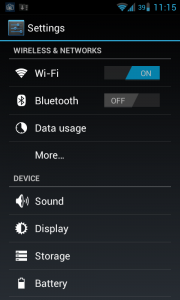 3. Choose an app you wish to move: 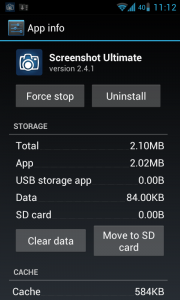 And voilà! That’s about it. You can see how much memory the app is using in this screen as well, so you can see if it’s worth it. However, it may be that this option is grayed out for certain apps (those can’t be moved) or just plain missing (since apparently it can be disabled on a per-ROM basis, or is dependent on the partition layout). If that is the case, you can also try my next tip, which is targeted towards Android 2.3 (and below) users.

If you’re using Gingerbread or below, you may notice no such option may be available. That’s okay, don’t fret, as there are plenty of apps that do exactly the same thing, and for free! One such app, and the one I will be demonstrating today, is App2SD: 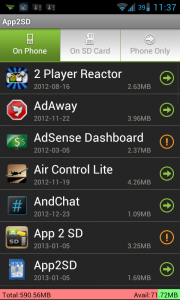 It works pretty much the exact same way: you see a list of your installed apps, and how much memory they are using from your phone’s internal memory. If you want to move that app’s data to the SD card, all you have to do is tap on the app you want to move and choose “Move to SD card”: 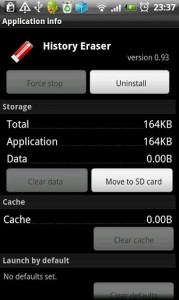 You can also long press on an app and get further options, and even uninstall it from the app: 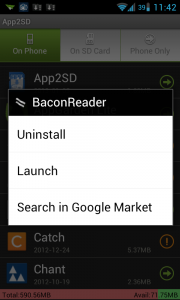 So yeah, pretty handy, and does what’s intended. Make sure to only move apps you don’t rely on for speed that much, because if you have a slow SD card, it may affect performance when you use that app (if you have a fast SD card, don’t worry). Apart from that, have fun with your no longer memory-starved device! 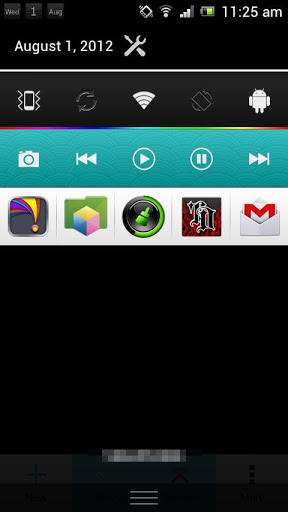 Previous post How to add Taskbar Shortcuts on Android 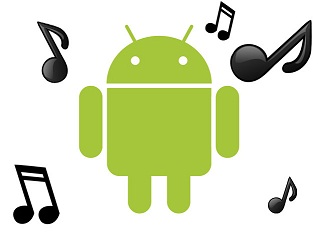