How to take a screenshot on the Nexus 7 Tablet (free – no app required!) 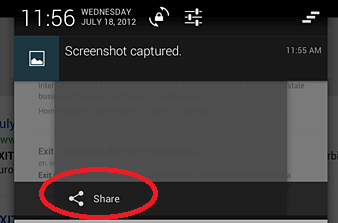 I’m sure many of you are excited about using your new Google Nexus 7 tablets! You probably want to share some of the screens on your device with your friends and family. If so, check out this simple tutorial on how to take screenshots on your Nexus 7.

In the past, most Android devices required Root access and/or an app in order to be able to take a screenshot of your phone’s display. Well, that’s no longer the case for the latest devices like the Google Nexus 7 Tablet! With the Nexus 7 you can capture a screenshot easily without any third-party apps! You heard correctly… no root or third-party paid apps required. This is now a stock feature on Android 4.0 & higher devices. This method is totally free and simple!

Why would you need to capture screenshots on your device? So that you can share what is on your screen with your friends! Get a high score on a game? Take a screenshot and send it to friends via email or Facebook! Want to share a funny text that someone sent you? There are so many reasons! 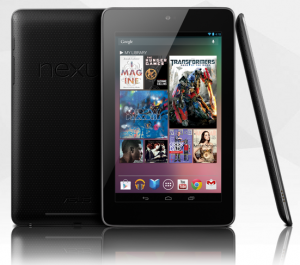 1. Hold down the POWER button and then press the VOLUME DOWN button. Make sure you press them together at the same time AND hold the buttons in for a second or two.

2. That’s it! You’ll see a message appear on the top notification bar that says “Screenshot captured”. With this method, your screenshot will appear in the directory /Pictures/Screenshots. You can also go to your Gallery app to see the screenshots that you have captured.

Sharing the screenshot is just as easy with the new notification actions in Android 4.1 Jelly Bean. Simply pull down your notification tray by swiping your finger down on the top bar, tap on share under the screenshot, and select the service you want to share it with. That’s it! 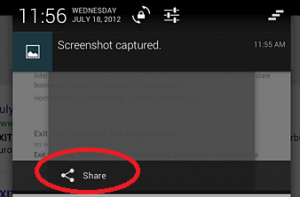 Now go try it out and start capturing some cool images of your Android screens! Leave us a comment below if you have any questions.

Filed under: How To's and Tagged: Google+, how to, Nexus 7, Screenshot

Previous post Android Apps of the Week for August 19, 2012