One of the most surprising features when the Galaxy S4 was announced was its inclusion of a Infrared (IR) Blaster to function as a TV Remote Control. A feature that was common once upon a time, especially during the Nokia “dumbphone” era, but something you didn’t see so much of anymore. However, this has turned out to be a nice addition to distinguish the Galaxy S4 from other devices. And with the openness of Android, you can finally have a complete solution that allows your phone to replace most if not all of your IR devices, and have a universal remote always in your pocket. In this tutorial we’ll guide you through setting up your TV and phone (the method is similar for other devices) to enable IR connectivity and allow your phone to control the devices around you. 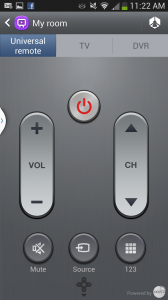 The Galaxy S4 already comes with a nice remote control app by default, integrated into TouchWiz, so hopefully you won’t have to use an external app to make it work properly. The app you’re looking for is called “WatchOn”, it should already be on your launcher and be represented by a purple icon (you can download it off the Play Store if you can’t find it). Be sure to turn off the devices you wish to pair the phone with before trying to add any of them! Tap the app and open it. Right off the bat, it should ask you to set it up, and ask you some questions to that effect, like your country and location. Selecting a location will allow you to pair your preferences by selecting a cable provider and equipment, but that’s not what we’re looking for. Instead, on the list of countries that appear, select the last option “Other Countries/Regions”. A menu should now appear allowing you to select what kind of device you want to pair with the phone:

After selecting the manufacturer, a screen should appear instructing you to tap a button to turn the device on. Do as it says and your device should turn itself on. After tapping, a screen will appear asking you if the device turned itself on. If it did, select “Yes, this code works”. If it didn’t, don’t worry, just select “No, test next code” and the app will try to turn the device on with a different code (manufacturers use multiple codes for different models and types of devices). Repeat the process until you hit one that finally works:

After setting it up, the device will be added to the app and your phone is finally paired correctly. When you’re finished adding all your devices, tap “Done” and you’ll be taken to the remote interface, which looks just like a standard remote, customized to the device you added (remotes will have extra buttons and functions depending on the model and device):

Swiping up from the bottom arrow opens a panel with extra buttons and the option to change remotes by tapping the icon next to the type of device:

After you have your remote working, you should access the Settings by tapping the menu button. The Settings will allow you to add extra rooms, and allow you to change how you use the remote when outside the app. You can choose to have the remote appear in your notification panel and interact with it from there, and to have it appear on your lockscreen so you don’t have to unlock your device to use the remote.

And that’s about it for this tutorial. The WatchOn app is very easy to use and is compatible with a large number of devices, so you shouldn’t have any trouble adding your device and interacting with it from your phone. It’s also nice that it comes built into the Galaxy S4, so you don’t have to look around for it and can set things up on the go. There are also no decent alternatives to it that I could find, so you’re really better off just using WatchOn. As always, if you have any questions or doubts, feel free to leave a comment on the section below!

Filed under: How To's and Tagged: how to, Samsung Galaxy S4 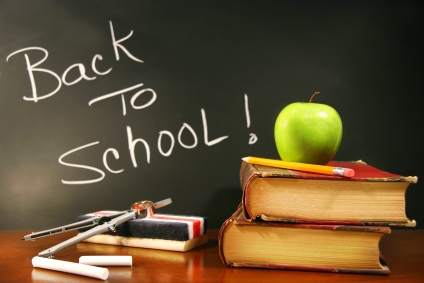