Motorola Unveils the Moto X Smartphone – Droid of the Future?

After much hype and speculation, it’s finally here. The Moto X is real, and it’s finally coming our way. It has probably been the most hyped and controversial device on the Android ecosystem so far, in great part because of Google acquiring Motorola Mobility back in 2012 and having done nothing with it in terms of hardware, and instead offloading the manufacture of the Nexus devices to companies like LG, Asus and Samsung. However, rumors were at an all time high about what was going on behind the scenes at Motorola, with speculation that the next Nexus device would come from it, or that they would be the first ones to unveil Android 5.0 or something like that. As it turns out, that was not the case, but there’s still plenty to look at with this device, and it is indeed unique in a lot of what it offers. So, what does the Moto X bring to the table that is worth a look and is genuinely exciting? Read ahead to find out!

At first, it seems that the Moto X is a mid-range device, as soon as you figure out that its purported “eight core” X8 Mobile Computing System is actually just a dual core CPU, with the rest being specific chips to drive the GPU and some of the new features. Referring to the Moto X as an eight core device is more than cheating, it’s just plain wrong considering the current nomenclature employed by the likes of Samsung and HTC. However, despite the lack of transparency on this part, the Moto X is not as mid-range as it may appear at first, despite its dual-core status. While it’s true that it’s not a top of the line quad-core device, it sports a very powerful 4-core Adreno 320 GPU, one of the best you’ll find on Android, and a respectable dual-core CPU configuration. The other two chips are kind of a mystery and probably custom silicon, but Motorola refers to them as a “contextual computing processor” core and “natural language processor” core, respectively. These probably drive Google Now voice activation and gestures, as we’ll discuss further. It also comes with a 4.7″ 720p AMOLED screen, 2GB of RAM and it comes in 16 and 32GB flavors, so there’s a lot to like in here even if they are not top-notch specs across the board.

Despite what a lot of people were hoping for, the Moto X does not ship with stock Android, although a Google Edition is planned later down the road. Instead, the Moto X comes with a strange blend and chooses to keep the stock Android look, but adds a ton of customizations and extra software under the hood to drive their services. It’s a lot better than other companies and their custom skins, but as usual your mileage may vary, especially if you really prefer the stock Android experience. One thing that is disappointing for sure though, is the fact it still comes with Android 4.2.2 and not 4.3 already. The reason for this is probably all the customizations that Motorola has added to make their device stand out (so I would expect an update soon) but it’s still ridiculous, especially considering the close relationship with Google, that this device could not have been released sporting the latest version of Android out of the box. Some added Motorola software includes Motorola Migrate, a utility to help you transfer contacts, options, messages and call logs between devices, and Motorola Connect, an utility that allows Chrome to see your incoming messages and calls on your desktop. It also ships with a customized Camera app with a brand new UI. 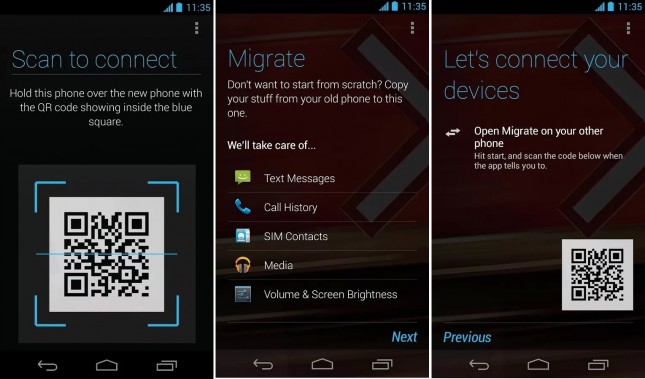 These are some of the killer features Motorola has been touting for this device, and the reason why those two extra cores have found their way to this device. One of these features is the ability for the device to open Google Now at any time, even when locked, by simply saying “Ok Google Now”, which will unlock the device and open Google Now voice search for you right away. This is a handy feature and extends the usability of Google Now, especially since it seems like it’s always cached and opens instantly with this device. Another feature of this phone is Active Notifications, which is a way for your phone to light up individual pixels on your screen, allowing it to display for example unread message count or Facebook notifications while the device is locked with extremely low battery usage and in a visually pleasing manner. Another big push of this phone is gestures, allowing you to directly open your camera by flicking the phone twice and configure other actions based on gestures and ambient vibration in the future, it seems. 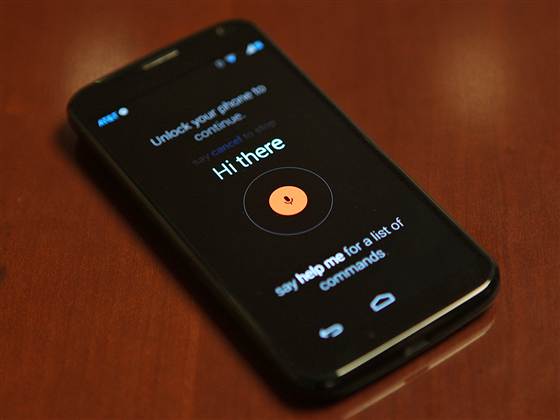 The Moto X is pushing device customization to new levels by allowing you to choose from over 2000 combinations of colors for the phone’s back and button accents, letting you configure exactly how you want your device to look like, but this feature is exclusive to AT&T although the device will be available on all major US carriers. Motorola claims this feature, called “Moto Maker”, will reach other vendors soon, but who knows how long that will really end up being? For now, this is one of the killer features of the device and opens up a huge market segment that is tired of the same bland, clone-like iPhone and Galaxy look, instead opting for a more jovial and personal look. Another feature coming soon is the option for even new materials for the back, and wood is currently being experimented on. While the concept of using wood on a phone is not exactly new, Motorola sees some possible benefits in terms of reception and aesthetics to the new materials compared to the industry standard aluminium and plastic combinations, and I can’t wait to see how it pans out.

It seems that the Moto X will be a divisive phone. For one, it does not play to a hardcore audience trying to win a spec war or focusing  too much on enthusiast features, and instead has a very obvious focus on being casual and easy to use. All the added features play to the less technologically impaired of us, which is not exactly a bad thing. However, the Android crowd has always relied on the hardcore crowd to carry its weight and overcome the competition despite the obvious flaws of Android. This device wants to change that pattern and instead wants to win over the crowd that just wants a nice looking phone without much hassle, or that are reluctant to buy an Android device.

The price currently sits at $199 for the 16GB version on contract, which could end up being a problem because there are more or equally capable phones out there sitting at that price range and that simply offer more bang for the buck. The Moto X’s features may win over a certain segment of the crowd, but I’m not too sure if that segment in particular wants to be tied up to one device anymore, and the off contract price (currently at $575 for the same version) is really not ideal when you consider it sits at the same price segment as a Galaxy S4 or a HTC One.

The device will also not be released in Europe in the immediate future according to Motorola, in what seems to be another shot in the foot when you consider that Android absolutely dominates the European marketshare and that subsidized devices still aren’t popular enough, in part due to the lack of good deals. I think part of this decision is because most of the Google Now features still aren’t available on Europe despite being deployed in the US, but that seems like a pretty sorry reason not to release this device, especially considering how most things work if you change your region to the US in the Google Now settings, anyway. It looks like the Moto X might not end up the killer device Google and Motorola were hoping it would be, and the launch is looking pretty rocky for now, but I cannot deny that it’s a very attractive device and may mark the beginning of a new era of Android trying to appeal to a different market. It might just be the wildcard that ends up changing the game. What did you think about the Moto X? Let us know in the comment section below! 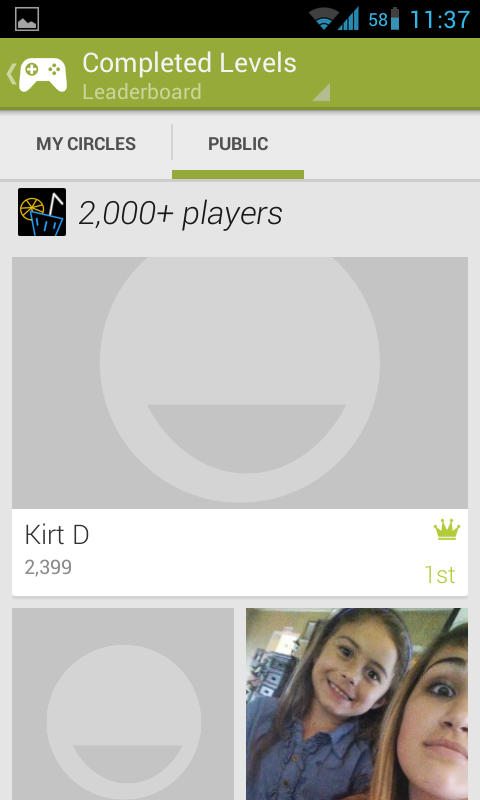