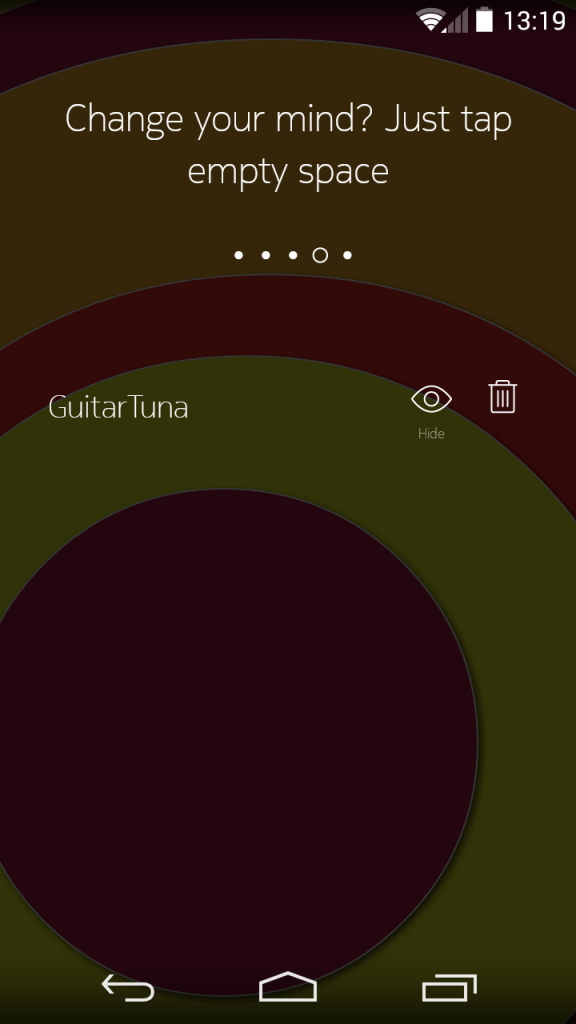 Nokia, once the go-to name as far as mobile phones were concerned, has lost much of its previous brand recognition and is now mainly a Windows Mobile developer and hardware maker, with the Lumia range of smartphones and its few proprietary apps and services like Nokia Here. Amid all this, Nokia has also decided that it will stretch some of its influence to the Android world. Even though it’s still a Microsoft brand, there have been a few Nokia devices released with Android, and there are a few more on the way. Today, we’ll be taking a look at the Nokia Z Launcher app, which is a surprisingly unique, content-focused take on an Android launcher that tries to do a lot with very little.

First of all, it may be worth pointing out that this app has been around for a while behind a closed beta for testing, and only now is it open for more generalized testing. You can download the current beta by going into this link, directly from the Play Store. Once you install it, you can open it right there or simply press the home button to get the prompt that allows you to set a new launcher. Once you open the app, you’ll see this screen: 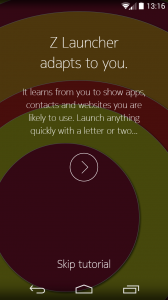 This is a short tutorial showing you how the app works. I would recommend not to skip it, seeing as it really is sort of unique in the way it works. For starters, a lot of it is gesture-based: 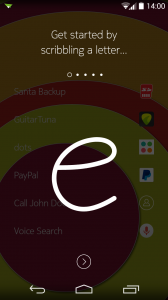 Drawing a letter on the screen shows you apps, contacts and web searches that include that letter. You can go back by sliding right to left: 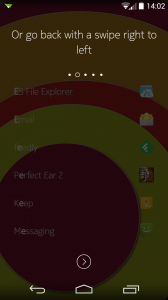 You can pin and create your own shortcuts by long-pressing on the items that appear on your searches: 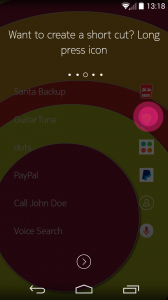 And that’s about it. The rest of the appeal relies on how the app sort of configures itself for you and tracks your preferences to auto-organize your homescreen: 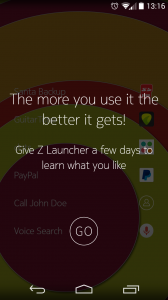 Basically, like it says, the more you use it, the better results you get. It will show your most frequently used apps and contacts on your home screen over time, and automatically update it based on your usage. Several launchers have tried this approach before, but I think none of them captured it as well as this one. Besides that, you can still just press the middle taskbar button to invoke your app list: 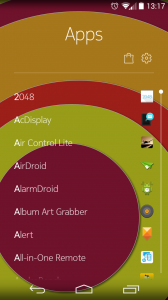 One of the big drawbacks about this launcher, however, is the fact it basically makes widgets useless. It has no support for adding your own widgets, and in fact, the only one it supports is that built in one at the top showing you the current weather and location. Very basic. Considering a lot of us feel that widget support is one of the killer features of Android, this comes as a puzzling design decision, although to be fair the widget styling would look out of place in the launcher anyway. Speaking of style, the launcher also adopts its own proprietary style that clashes with the rest of the OS. It’s not terrible, but at this day and age developers should just adopt Material Design and be done with it if they want their app to look natural on Android devices in the future.

The settings are also barebones for the most part. The only settings that really matter is what units of measure you may want to have on your weather widget, and what search engine the launcher should be using for generating web searches. Apart from that, things are pretty basic: 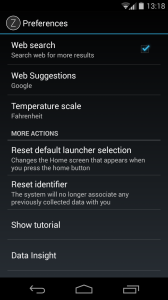 Basically, as we said, the killer features of this launcher are twofold: the fact that it is gesture-based and the fact that the predictive and self-customizing aspect is very robust. Nokia has been hard at work developing Android apps because it’s making a new effort to licence their designs and services to other manufactures in order to get back into the Android ecosystem. Whether that gamble will pay off or not is up to debate, but in the meantime, judging by software alone, it seems like Nokia is serious about this endeavor and wants this to succeed.