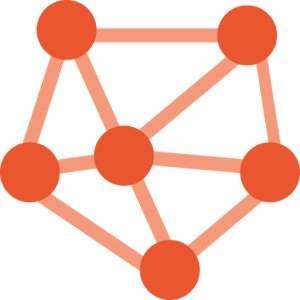 With so many devices and so many services that we use nowadays, it gets hard to keep everything in one place, and sharing information between them is not always easy. Yeah, you could always email yourself a link or a picture, but it really isn’t the same thing, and it can get kind of cumbersome. Luckily, today we’ll show you an app that allows you to easily share files between multiple platforms, from other Android devices, to your phone, and even your regular computer. So, without further ado, let’s take a look!

Join is a brand new service, currently still in beta, that attempts to finally bridge all of these devices and formats together. There are other services out there that also focus on the same thing, for example, Pushbullet, which we covered before and allowed us to easily send links to our phones and tablets with a single click. This service retains most of that functionality, but also adds a few extra features along the way, and for a service still in beta, things are looking good as far as an alternative goes.

If you want to try it out, you can join the beta yourself, for free, by following the instructions here. All you have to do is join the beta program, download the app to your device through the Google Play link that you are given, and then download the Chrome extension. With that, you’re all set to try it out. Start by opening the app on your phone: 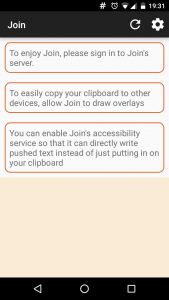 The app will start by letting you know of the things that you should do to enable each of the individual features. Start by logging in, by tapping the corresponding message. A prompt should appear asking you which account to use:

Make sure you pick the same Google account that you’re using on your computer. Then, just follow the instructions for the rest of the messages that appear once you finish each of the steps. Once you’re done, something like this should show up: 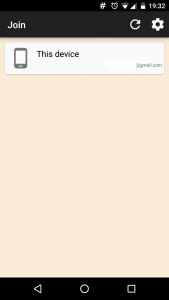 Now it’s time to take care of things on the computer side. If you followed the preparation steps correctly, you should have installed a Chrome extension, which means you should have a new icon on your Chrome browser, on the top-rightmost side, so let’s tap on it to show the options:

Your device should show up here. If it doesn’t, try tapping on the image on the top-right of the extension bubble (it shows up as a missing image in the picture above). The extension should also ask you to login trough your account as well, here. Anyway, as you can see, once the device shows up, you have access to a bunch of cool features, including sending links to that device, taking screenshots, pasting text to the device and sending SMS messages. Not bad. On your Android device, on the Join app, Chrome should now appear as well, alongside your other device: 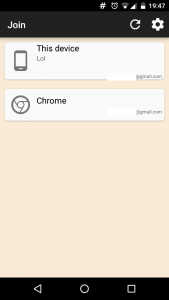 Now that you have it all settled, the only major feature left to go on is sharing files from your Android device. Just open up a picture on your gallery, for example, and tap the share icon, making all the options available, and you’ll see Join in the list:

Just tap it, and it should ask you which device it should send the file to, like it shows in the demonstration video:

And that’s about it for Join. It’s an easy to use, promising service that is a little rough around the edges (after all, it’s still in beta) but already shows a lot of promise and offers a lot of functionality in a single app that you won’t find everywhere. So if you’re looking for an easy way to consolidate and bounce data and files around your devices, I’d certainly recommend giving Join a shot.

Previous post How To Backup Your App Data on Android 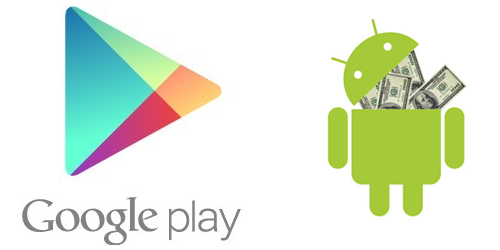