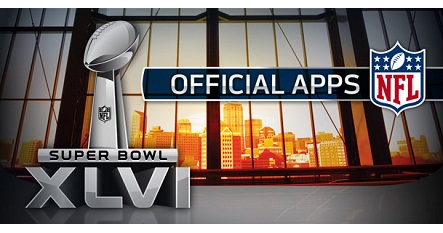 Welcome to a special SUPER BOWL edition of DroidLessons.com’s “Android Apps of the Week!”. The plan is to compile a list of my favorite apps and share them with you on the Sunday of every week. Well this week it lands on NFL SUPER BOWL XLVI and so for this special occasion we bring you the best Android Apps to get you ready for game day!

So, without further ado, I present to you this week’s NFL Super Bowl edition of “Android Apps of the Week!”. 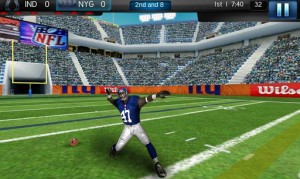 Get hyped for an awesome NFL Super Bowl by playing some football on your Android devices! NFL Pro 2012 brings you all 32 NFL teams and over 2,000 real players to the palm of your hand. Play matches to earn points you can use to unlock new stadiums, playbooks, stat boosts and much more. Finely tuned gameplay will give you unmatched control when running, tackling or passing.

Want to check it out for yourself? Just go to the “Market” icon on your phone and click the search button and type in “NFL Pro 2012”. Install the app and start having some fun! I’ve also included a link to the Android Market Webstore here for those of you that want to install it via the web. [Market Link]

Back again this year is the NFL’s SUPER BOWL XLVI OFFICIAL GUIDE, PRESENTED BY VERIZON!

* A 3D map of Indianapolis and an interactive 3D map of Lucas Oil Stadium for gameday.

* And much more! [Market Link] 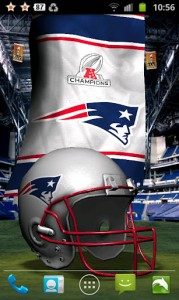 Equipped with vibrant team colors, a cool interactive 3D helmet and an animated team flag, this dazzling collection of live wallpaper allows you to stay connected to your NFL team of choice regardless of whether you’re at home or on the road. Face paint your phone today with the only officially licensed live wallpaper series by the National Football League.

* All 32 teams have a live wallpaper available for in-app purchase (Costs $1.99 extra)

* Made with official release software to ensure quality and performance

Give it a try and see how great it looks on your smartphone! In order to activate the wallpaper after installation, you have to go to: Home Screen->Click Menu Button->Wallpapers->Live Wallpapers and then select “NFL Teams”. [Market Link] 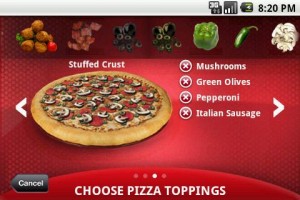 How in the world could you enjoy the Super Bowl without some delicious pizza? Well, it’s never been easier to order pizza then now! Papa John’s Pizza and Pizza Hut now BOTH deliver with the best pizza ordering applications for your Android devices! [Market Link]

The ticker shows scores when games are on, and NFL news when no games are on. Both news and scores can be turned on/off at your option. The clock will still work after the end of the season, but 2012-13 scores will require a new season pass.

Note: This NFL clock is a widget, not an app. To add the clock to your home screen, follow the installation instructions below.

Installation Instructions: After downloading: (1) go to Menu>Notifications to install; (2) tap and hold on your home screen and select Widgets to add it to your phone. Tap the widget to see the latest News, Schedules and Scores, or to change options.

Become an NFL Kicker! Choose your team, customize your player and get ready for the ultimate placekicker game.