The History of Android: From Cupcakes to Jelly Beans 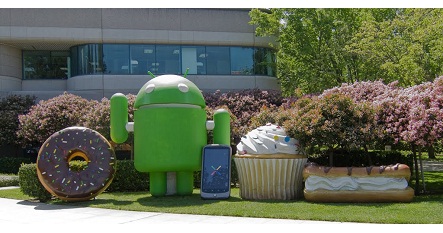 Whether you know it or not, its been almost a week and four years since Android’s first software release. Although it has recently garnered a lot of attention from the market and media, Android was relatively unknown to most consumers throughout its early years. It has since then taken the market by storm, flooding shelves with smartphones running on all kinds of ‘desserts’. From Cupcake to Jelly Bean, we take a look at the Android operating system in depth, analyzing its rise from anonymity to the world’s most popular smartphone operating system.

Android,Inc. was co-founded by Andy Rubin, Rich Miner, Nick Sears, and Chris White. Their company set out to create a smartphone OS that was, “more aware of its owner’s location and preferences.” Their operations were mostly concealed, with there not much known about what was being developed internally. On August 17, 2005, Google announced it had bought Android Inc. Key executives and employees transferred to Google after the acquisition, but others decided it wasn’t in their best interests to work for Google. With the purchase, many analysts saw this as a move for Google to enter the mobile market. For the next few years, Andy Rubin and Co. worked hard at creating a mobile operating system based on the Linux kernel. There were rumors going around that Google had presented their software to multiple OEMs and wireless carriers. It wasn’t shortly after that that the Open Handset Alliance (OHA) was formed. The alliance consisted of phone and chipset manufacturers, wireless carriers, and most importantly, Google. Their goal was to innovate and enhance mobile standards. It was that same day, November 5, 2007, that Android was unveiled. The HTC Dream (a.k.a. G1) was announced as the first smartphone to be sold with the new Android OS.

Let’s dive into the many iterations of Android, shall we? 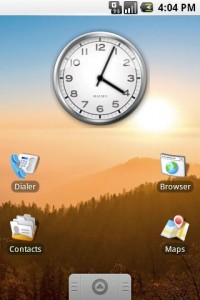 Android 1.0 was released on September 23, 2008. It was dominated by Google services and apps, listing from Google Calendar to Google Talk. Google made a key focus to integrate their services tightly with Android, which allowed easier sync between services and ultimately resulted in a much better experience. Some other notable features were the Youtube application, Google Maps with GPS, and the presence of the Android Market, which was relatively new at the time.

Reception: Critics lauded Google for their first foray into the mobile market. It had several features its competitors couldn’t match, such as Google Maps and notification. Those unique additions are what drastically improved the user experience. But they also let it be known that Android is far from perfect. In the end it all matters on performance and this is where Android’s infamous reputation for “lag” started. Android was a snail in comparison to iOS and wasn’t a direct competitor yet due to its premature app store. This was just the beginning. 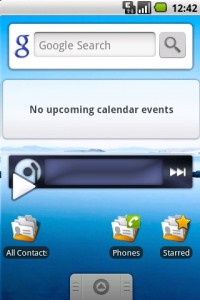 Note: This marked the start of the ‘dessert era’ for Google. Every major Android release from here on is named after a dessert, going in alphabetical order starting from the letter C.

Cupcake was an essential,yet minor, upgrade over 1.0 simply because it allowed users to place interactive widgets on their home screen. This is still one of the greatest advantages Android has to date. Gone were the days of opening the browser to check stocks or going into the weather app to check the temperature outside. The widgets self-refresh, bringing a wide range of information to your homescreen in an intuitive and unobtrusive manner. Some other changes were the inclusion of copy and paste in the browser and auto-rotation of the screen. Albeit a minor upgrade, Cupcake still had some sought-after features that no other competitor had. 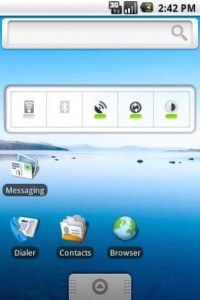 Donut was also another minor update. It included text-to-speech which gave developers the ability to enable their apps to ‘speak’ a line text. Another major inclusion was the support for WVGA resolution. This allowed screen sizes to get slightly bigger and better in resolution. Donut also kicked off the trend of the ‘large screen’ phone. From here on, phones would only increase in size. 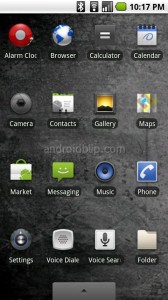 Android 2.0/2.1 is arguably Android’s most important update. Eclair was introduced to the world through the Motorola Droid. The success of Android and Motorola was hinging on this one device. Google, Verizon, and Motorola bet big and it paid off. The marketing team was brilliant at advertising all that ‘Droid Does’, which included but wasn’t limited to: live wallpapers, turn by turn directions, high resolution screen (at the time), HTML 5, and tighter integration of Exchange and Google services. Luckily, the Droid was a hit, and ultimately got Android thrown into the spotlight. This was the first legitimate competitor to the iPhone.

Reception: Most critics were amazed to see how far Android had come in a year. People were starting the iOS vs. Android debate because it was a viable contender to the top-rated iOS. In other words, the new UI, improved speed, and turn by turn directions were greatly appreciated additions. Android was now seen as an ‘option’ to iOS because it had alot of features that iOS lacked but the same applies when you look at it the other way. Google hit a home run with Eclair, and it gave Android the attention it deserved. 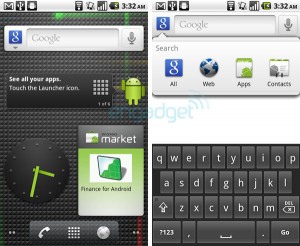 Eclair’s main point of focus was on improving the look and performance of Android. They tried on the speed, which they did successfully, but often manufacturer skins bogged down the performance of ‘any’ device. Even devices with dual cores had a hard time running Eclair smooth. This is also when Flash was released by Adobe. It allowed for a ‘full desktop experience’ in web browsing. Flash was a big selling point for Android because many websites hadn’t converted to HTML just yet. This allowed websites to be viewed in their full glory, not in stripped down mobile sites. Eclair also marked the introduction of Google’s Nexus Line. The program allowed manufacturer’s to submit phone designs to Google, and Google would choose which one they wanted to release as the first device to run their latest software. In this case, it was HTC and together they created the Nexus One. It had received favorable reviews but since it launched unlocked, without a carrier, and sold only by Google, only techies and a few others bought the phone. On a side note, Android was increasingly getting popular for customers looking for a low-tier to midrange phone for under a $100. With Froyo, Google’s Android Market was becoming more and more populated with quality apps, flocking developers (and consumers) to Android. 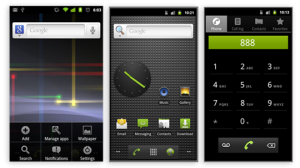 The main objective for Google was to simplify Android with Gingerbread. They removed much of the cluterness on the home screen, and retained the three icons on the dock from Froyo: phone,app drawer,and browser. With simplification comes an improvement in speed. Gingerbread has a noticeably quicker than say, Froyo. It still hadn’t reached iOS standards, but it was slowly getting there. Google also included support for screens with even higher resolutions and they also improved the compatibility of sensors, most notably gyroscopes and barometers. Universal copy/paste functions were added and some high-end phones came with Near Field Communication (NFC). Although it wasn’t ready for primetime yet (and arguably still isn’t), NFC gave users a hint to what the next Android update would bring to the table. The majority of Android users today are running Gingerbread. 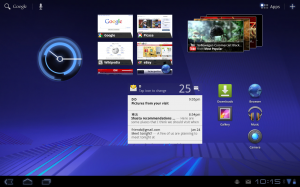 Analysts were scratching their heads because Google hadn’t made a tablet-specific OS to compete with the industry-leading iPad. Android Tablets, such as the original Samsung Galaxy Tab, were crippled because they used a phone OS that had to be ‘stretched’ to fit the screen of a tablet. To many, Google was their only hope to create a viable contender to iPad. At CES 2011, Google partnered with Motorola to release the Motorola Xoom with Android 3.0 Honeycomb. It came with software keys, a ‘tabbed’ browsing experience, improved widgets, and a cleaner, two column look for many stock Google apps. It looked futuristic and elegant, something the iPad lacked.

Reception: Honeycomb was criticized for being ‘rushed’ because the Xoom was laggy, filled with bugs, and had few native tablet apps. Google even confessed they were hurried in their efforts. The concept was great but there was definitely a lack of execution. All of this resulted in customers getting their hands on an unfinished product. People viewed it as a great effort, but it ultimately served no match for the iPad. Many argued, what was the point of getting a tablet if most of the apps were going to get stretched to fill the screen. Google made a claim that developers would modify their apps to work with Honeycomb, but in the end that didn’t happen because so few people bought the Xoom and other tabs. 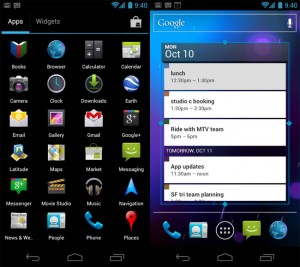 Google teamed up with Samsung to unveil the Galaxy Nexus running Android 4.0 on October 18, 2011. Ice Cream Sandwich was a massive overhaul of Android, combining the best of Gingerbread and Honeycomb into an OS compatible with both smartphones and tablets. ICS was fast, fluid, and elegant. Google introduced the eye-pleasing Roboto typeface which refined the look of the UI. They implemented software keys for phones, hardware acceleration, face unlock, NFC payment, Android Beam, multi-tasking, simpler folders, and the ability to take a screenshot anywhere.

Google changed the name of the Android Market to Google Play after the release of ICS.

Reception: Many Critics were jaw-dropped when they went hands on with ICS. They were shocked at its sheer beauty and pleasantness. Android 4.0 simplified much of the learning curve to Android while at the same time adding more customization and features, such as multi-tasking and developer options. ICS was fast, futuristic, and elegant. Google had truly innovated with 4.0 and it is arguably their best release to date. 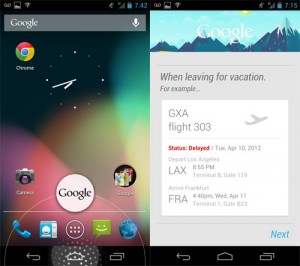 Many were guessing whether Google would release Android 4.1 or 5.0 at I/O 2012. When it was announced that Jellybean would be the latest iteration of Android, many suggested it would be a minor update. In a sense it is, but ultimately it brought many small changes that drastically improved the user experience. Google had successfully accomplished Android to run at 60 frames per second with ‘Project Butter’. Android has finally reached the same smoothness of iOS and WP7. They also had created a better alternative to Siri with Google Now, a visual and voice assistant that displays weather, facts, travel time, traffic, and sports scores. Another key feature is expanded notifications, which allows users to do more with their notifications from anywhere. With Jellybean came the Nexus 7, which is a high-end tablet priced at a low $200. It became an instant hit, selling out for weeks due to high demand. Android 4.1 most importantly showed the world that its the small things that matter most.

It should be noted that Adobe has dropped support for Flash on Android with Android 4.0.

In the end, Android wouldn’t be what it is today without each one of these updates. Every ‘dessert’ brought some key features that differentiated Android from its competitors and ultimately created an OS that packs simplicity, customization, productivity, and elegance all into one. Let’s see if Google can live up to high expectations with Android 5.0 (Key Lime Pie).

Been using Android since '09 and haven't looked back. 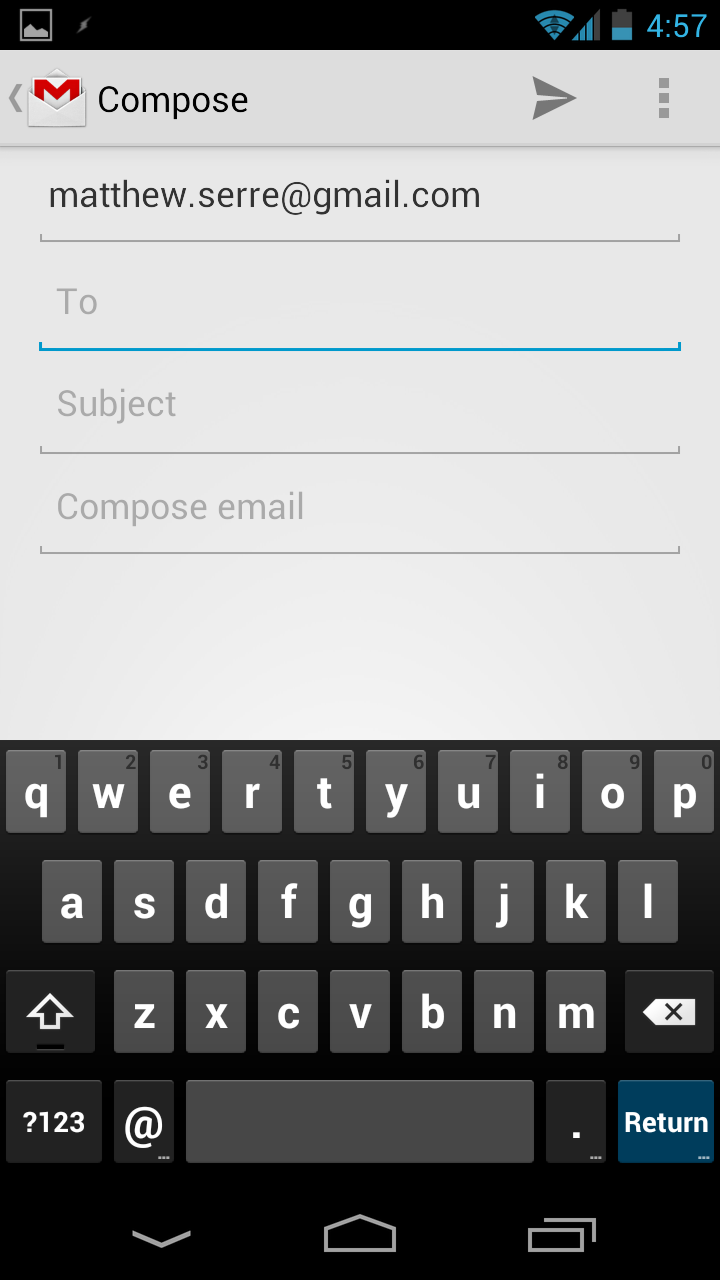 Previous post Into the Holo – An Introduction to Holo-Themed Apps