As you may know, Google has released a brand new version of Android, bumping it from 4.1 to 4.2. It still retains the same name, “Jellybean”, and is a simple version bump, however it does have some interesting new features. If you were expecting a new Project Butter or something like that, you may have felt underwhelmed, but the truth is that the new version of Android does bring some very much welcomed improvements with it to the platform, and improves on the core apps and Google services just enough to make a difference. 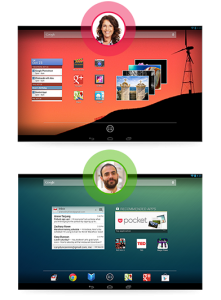 Similar to what desktop operating systems have been doing for a while now, Android now has support for multiple users. What this means is that you can set up multiple accounts on a single device and switch between them seamlessly, and as it turns out you don’t even have to log in or log out, it’s apparently as simple as pressing a button. Unfortunately, it seems that due to some patent issues this feature will only be available on tablets until Google sorts it out for phones. Still, it’s a very nifty feature that can help multiple users using a single device, especially because it has individual apps and settings for each user. We haven’t seen too much of this yet, but here’s to hoping it gets done right.

This one should be a no-brainer. Android users have been living with some pretty astounding limitations and lack of usability in some of the core apps, the sticking point for me being the lack of pinch to zoom in GMail. Finally, some of the core apps got some much needed attention, and at last we can have pinch to zoom in GMail, and have a decent and extremely pretty Clock app for once, and as usual it doubles as the Stopwatch and Alarm apps. Maybe this time I won’t need to download AlarmDroid to wake me up softly in the morning? It also has a brand new Camera app, which brings me to number 3… 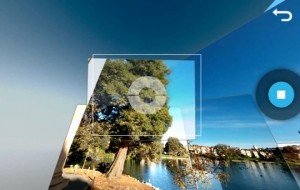 A new feature of the built-in Camera app, Photo Sphere acts a a brand-new Panorama type function, introduced in 4.0, except that this time you can take a full 360º picture of your surroundings, instead of a full continuous horizontal image. That is, instead of taking a continuous picture while by moving your camera horizontally, now you follow the little blue guidelines that appear on the image and you can make a panorama of every single thing around you, sky and ground included. What this results in is basically Street View in Google Maps, if you’ve ever used it. The end does indeed look very similar to Street View, and whatever algorithm Google uses to stitch the images up into a continuous, smooth 360º view is nothing short of amazing in the results it produces, very smooth and realistic. 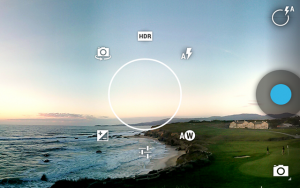 I have always been a fan of the radial menu in the Android stock browser, and so it makes me very happy to see this make it’s way into the camera, especially considering how almost every important camera setting was hidden behind some random menu in previous version of Android. It’s so incredibly easy to use and immediately shows you the most important settings right away, so it’s a very welcomed improvement. Speaking as someone who uses the Camera a lot, and constantly struggles with the settings, this makes a huge difference in usability and contributes to a cleaner interface. It also opens the way to even more apps getting this menu style, so I couldn’t be happier with it. It also has a new focus animation that looks very good and reminds me of focusing with a DSLR, which is a very nice touch. 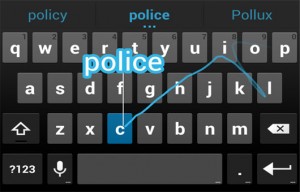 Yeah, I get it. It’s nothing new, you may say. But it kind of is. Android ships with a really good keyboard by default, in fact, I don’t even replace it unless it’s with a gesture typing alternative. I like gesture typing, and have played with a number of sliding keyboards over the years, always floating between Swype and, more recently, SwiftKey. But now, why bother? Android 4.2 will ship with an amazing keyboard, the best of both worlds, really. Touch typing was already great, and now gesture typing is a breeze as well. It works really good, it’s responsive, shows suggestions on top as usual and shows you new suggestions while sliding, changing them according to your movements and offering you feedback. It’s pretty nifty. It doesn’t help that Swype has become more and more bloated over the years (and now you can’t even find it in the Play Store and must install it through their proprietary website and app), so I very much welcome this change.