As you might have noticed, we’re quite the fans of Xposed Framework. It’s a very easy and simple way of modding your phone, adding features to Android and overall turning your device into something that’s yours. It works on stock Android and most manufacturer skins, and it also has an amazing community always ready to help and figure out new ways of enhancing Android by creating their own plugins and modules. Of course, Xposed by itself is fairly useless without good modules, so today we’ll take a look at some of our favorite modules for Xposed Framework!

This module replicates the multi-view functionality, which comes with some devices, on any Android phone or tablet. It allows you to divide the screen in two portions and have two different apps open and working at the same time, one at the top half, and one at the bottom half. You pick the apps yourself and are able to open and close them at will, using a sidebar that opens when you slide from the left side and contains any apps you add to it beforehand. 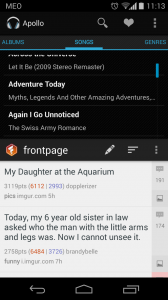 One of the most well known and useful modules for Xposed, GravityBox allows you to costumize pretty much any visual aspect of stock Android, including lockscreen effects, system backgrounds, power menu tweaks, you name it. Besides the visual tweaks, it also adds a bunch of features usually found in custom ROMs, like removing volume limitations, allowing to skip songs with the volume buttons, automatically enabling/disabling data, showing available memory on the recent apps screen, it’s really an all-in-one solution for all your tweaking purposes that goes beyond any single app and can completely revamp your device. 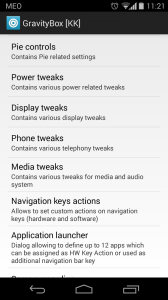 You can use this module for disabling and enabling specific apps from starting up on boot. This will help you know what kind of apps are allowed to automatically execute when you turn on your device and lets you disable them one by one so you can save on memory and make sure your apps only start when you allow them to. You might be surprised at the number of apps that are allowed to freely start upon boot, and this is an easy tweak to save your RAM and monitor your device’s behavior. 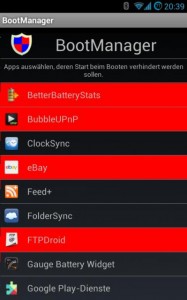 This very cool module allows you to define specific apps and activities where Google Now can be enabled using voice control. By default, it includes most 3rd party launchers, meaning you can now just say “OK Google” from your homescreen or app grid and have Google Now launch and execute your voice command. This is such an useful feature that it has become my main way of using Google Now and I can’t see myself going back, and it’s something I’d love to see on stock Android. Of course, you can also customize the module to work on any app, not just launchers, and have Google Now available to you whenever you want and activated through voice control. 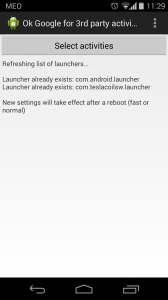 Like the name indicates, this module’s focus is on privacy. Android has alwas been the target of harsh criticism regarding privacy, since app permissions are unclear and prone to abuse by developers, and we all have a lot of personal and sensitive data in our devices. For that purpose, XPrivacy allows you to edit and restrict any app permission you want, allowing or denying access to specific permissions, individually editing app requests and feeding fake data into certain apps that don’t work without the permissions to begin with. It’s a very comprehensive and complex tool with a lot to learn, but it does work as intended and is a great way to put your mind at ease if you worry about your device’s privacy. 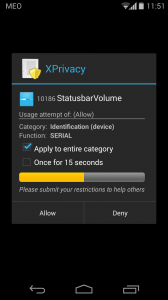 This handy little module simply adds an icon to the various toast notifications that appear on your phone. Since these can get confusing, especially with simultaneous apps, adding the icon of the app that sent the notification is a godsend and it honestly makes me wonder why this feature wasn’t there to begin with. 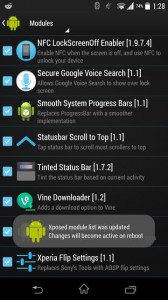 This module replicates the functionality found in iOS where you can simply tap the status bar to automatically have the app scroll to top. It’s pretty useful and adds a very welcome tweak for apps with long list views that otherwise would be a pain to navigate through. 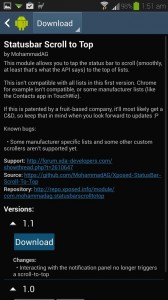