Editorial: Why You Should Go Nexus

These days in the mobile industry, you only hear about Samsung or Apple’s products, commercials, or legal disputes. People generally think of the Galaxy and iPhone lines as the best phones/tablets to own. Unfortunately, in the midst of all the flagship phones and tablets released by Motorola, HTC, Samsung, Asus, and LG. But Google’s Nexus Line is the best and offers the most bang for your buck. Some would consider it hard to purchase ANY phone against the likes of the Galaxy S3 and the iPhone 5, but here are some obvious reasons you should take the Nexus route.

The Nexus greatest strength is its software. All Nexus’s are guaranteed the latest iterations of Android from Google, solidifying it as a long term choice. In an age where Android updates take months and aren’t guaranteed, the Nexus stands out.  Android significantly get better every time, making the Nexus future proof for at least the lifetime of your contract, or even longer.  The almost year old Galaxy Nexus can still hang with the Galaxy S3 with ease (in terms of performance).  Software speaking, you can’t go wrong with the Nexus.

If you are a developer, hacker, or Android enthusiast, you should be happy to know that all Nexus products are developer friendly. It is a breeze to figure out how to unlock the bootloader, root the phone, and install a custom rom from an enormous list. As you can tell, the Nexus has the largest developer base out of any Android device, which allows you to get unofficial software even when Google chooses to eventually drop support.  The Nexus gives users the most freedom to do whatever he/she chooses.

The rumor is that this fall, Google is partnering with 3-5 OEMs to bring more choices to consumers. So if you don’t like a certain OEM’s hardware, you have others to choose from. By having choice to pick what suits your hardware needs, it is possible to have a combination of perfect hardware and software. It also doesn’t hurt the Google chooses the designs from the manufacturers, which guarantees it worthy of bearing the Nexus name.

Google has jumped on the high performance, low price bandwagon with the Nexus line. As of this moment, it is possible to buy a Nexus 7 tablet for $200 and a Galaxy Nexus phone for $350 off-contract. Ask any expert and they will say these products are still cutting edge. Android is also being less of a performance hog overall, allowing it to run at full speed on middling specs. Nexus products offer a lot of bang for your buck. Overall, if you are in the market for a new device, it is hard not to go Nexus. It is easy to go and purchase a Galaxy S3 or iPhone 5, but an informed consumer would consider Google’s latest. It is up-to-date, inexpensive, cutting edge, and offers a lot of freedom to users. Not a lot of manufacturers can say that.

Been using Android since '09 and haven't looked back.

Previous post Want to join the Droid Lessons Team? We are looking for quality Android writers! 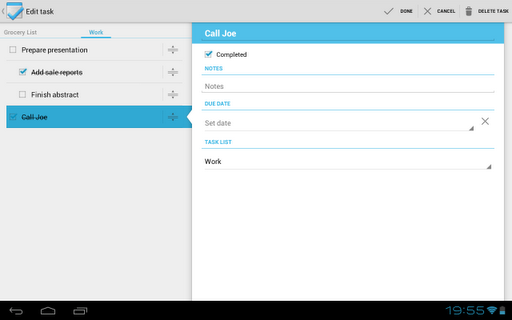